Petrol, diesel sales drop over 60% in April due to lockdown 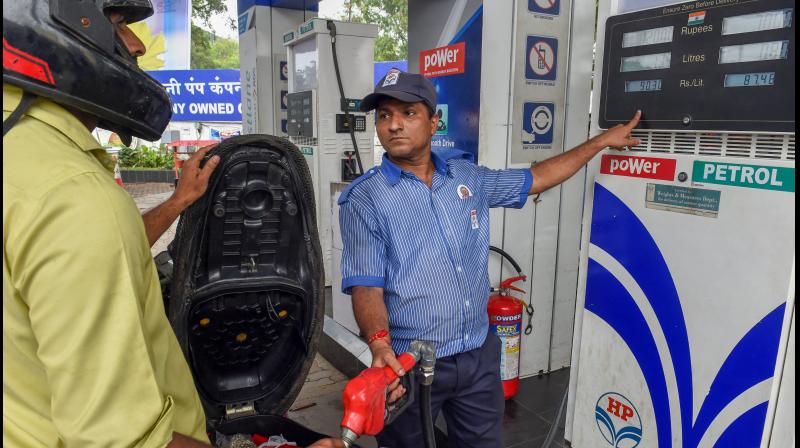 According to provisional industry data for fuel consumption in the first half of April, petrol sales were down 64 per cent, while diesel slumped by 61 per cent.

Aviation turbine fuel (ATF) consumption collapsed by 94 per cent as most airlines have stopped flying.

The only fuel that showed growth was LPG as the government dole of free cooking gas cylinders to poor households fired up consumption by 21 per cent during April 1 to 15, the data showed.

Overall the decline in petroleum product sales was 50 per cent, it said.

The data pertains to sales made by three public sector (PSU) oil marketing companies. Private firms such as Nayara Energy do not share mid-month sales trend and their numbers get reflected only in the monthly consumption numbers released by the oil ministry in the second week of every month.

Industry officials said this is the biggest ever drop in sales and the first data for the complete lockdown period.

March sales numbers were released last week but this included consumption in the pre-lockdown period as well.

Prime Minister Narendra Modi had announced a 21-day lockdown beginning March 25, shutting offices and factories, barring those involved in essential services. Also, flights were suspended, trains stopped plying, vehicles went off the road and cargo movement stopped as most people were asked to stay home to help check the spread of coronavirus.

The lockdown was earlier this week extended till May 3.

Officials said petrol and diesel consumption is likely to pick up in the second half of the month as the government has allowed trucks to ply as well as farmers and industries in rural areas to resume operations after April 20.

Besides inter and intra-state movement of goods traffic by road as well as rail, vehicles used by e-commerce operators will also be on-road from April 20.

From April 20, the government will lift restrictions on e-commerce companies, goods movement by roads and restart port and air cargo operations.