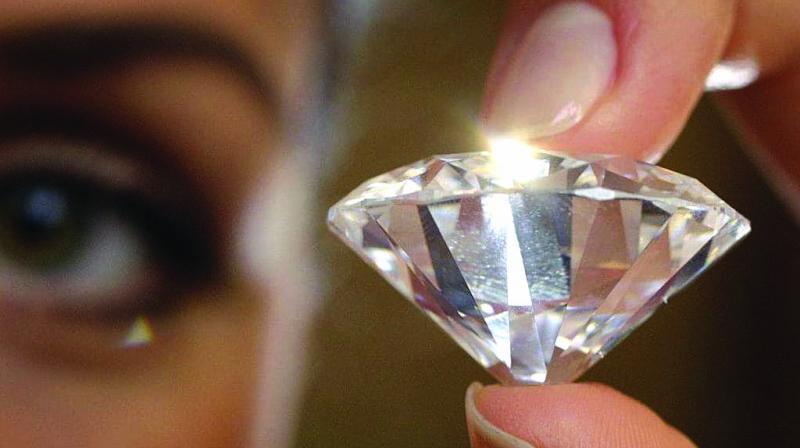 Easing of lockdown- related restrictions and increase in festive season orders has supported the rough diamond import growth in September.

Chennai: Rough diamond imports have witnessed positive growth in September, after a gap of seven months. While the employment levels in polishing units are still lower than last year, import of polished diamonds remains a worry.

The cutting and polishing industry imported Rs 9905 crore worth rough diamonds in the month of September against Rs 8231 crore worth goods in the same month last year- registering a positive growth of 20 per cent. In terms of carats too, the imports were 7.5 per cent higher than the year ago month.

Since March imports have been declining. The nation-wide lockdown and the voluntary stoppage of imports by the industry to clear inventories have seen the imports declining for the past seven months. Even in the month of August imports were down by 40 per cent.

Easing of lockdown- related restrictions and increase in festive season orders has supported the rough diamond import growth in September.

According to Dinesh Navadiya, regional chairman, Gujarat, Gems and Jewellery Export Promotion Council, the units in Gujarat are operating with 70 to 75 per cent employees. Despite polishing activity recovering to similar levels, imports of polished diamonds are still continuing. Import of cut and polished diamonds in September was 124 per cent higher than the same month last year and that by the Special Economic Zones were 244 per cent higher. Imports were higher in the previous months as well.

According to Colin Shah, chairman of GJEPC, jewellery manufacturing in SEZs has been happening and they have been procuring raw materials from overseas. The industry expects that going ahead the import of polished goods will come down with the polishing activity picking up.

Meanwhile, the festive season orders have started coming from the key markets. “Demand from China and Hong Kong has returned to normal levels. While orders are coming from the US, Europe and the Gulf region, the US demand is still down compared to last year,” he said.

The industry expects the festive season sales to be 10 per cent lower than last year. “We expect people to spend on gifting items, including jewellery, as they value relationships more after the pandemic. People have not been spending on anything other than food. So they are likely to spend during the festive season,” he said.

Still, the total gems and jewellery exports for the year is expected to be 20 to 25 per cent lower than last year.