Gold is trading at Rs 33,220 per 10 gram at the bullion market in the national capital on sluggish demand from jewellers. 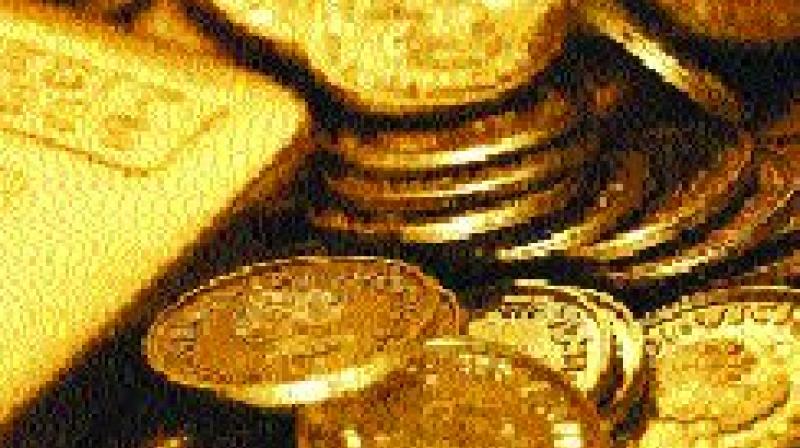 New Delhi: Snapping the four-day rally, gold prices on Friday witnessed a fall of Rs 80 to Rs 33,220 per 10 gram at the bullion market in the national capital on sluggish demand from jewellers, according to the All India Sarafa Association.

Silver, however, advanced by Rs 180 to Rs 40,380 per kg on increased demand from industrial units and coin makers. Traders attributed the decline to subdued demand from local jewellers and weak trend overseas.