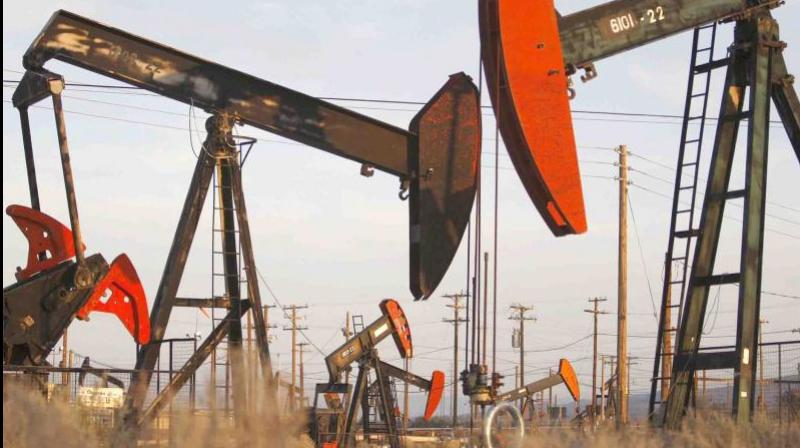 Oil prices fell more than 1% in early trade on Thursday as a spike in new coronavirus cases. (AFP Photo)

MELBOURNE: Oil prices fell more than 1% in early trade on Thursday as a spike in new coronavirus cases in China and the United States renewed fears that people would stay home and stall a recovery in fuel demand even as lockdowns ease.

A rise in U.S. crude stockpiles to a record high for a second week in a row also weighed on sentiment, even though U.S. government data showed inventories of gasoline and distillate, which include diesel and heating oil, fell.

While prices dipped, they remained in the $35 to $40 band they have been trading in so far in June, with the Organization of the Petroleum Exporting Countries (OPEC) and other major producers mostly sticking to promised supply cuts, U.S. shale producers holding back output, and fuel demand gradually improving.

“It’s going to be up and down, rangebound for the next little while on a balance of OPEC and ally cuts against the massive inventory build and demand recovery and potential restarts of production in the United States,” Shaw said.