In money markets, the rupee fell to a low of 75.05 versus the US dollar against the previous close of 74.26 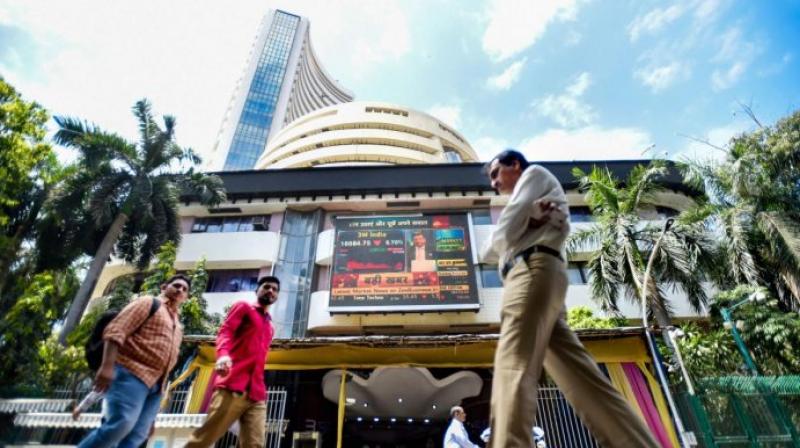 Mumbai: Equity indices recovered some lost ground from the intraday low point on thursday but ended over 2 per cent lower due to concerns over the economic impact of coronavirus pandemic.

In money markets, the rupee fell to a low of 75.05 versus the US dollar against the previous close of 74.26.

All sectoral indices at the National stock exchange were in the negative zone with Nifty auto down by 5.8 per cent, metal by 5.2 per cent, realty by 3.4 per cent and IT by 3 per cent.

Zee Entertainment closed 13.8 per cent down and ONGC lost by 10.6 per cent. The other prominent losers were Bharat Petroleum Corporation, Bajaj Finance, Hindalco, Maruti and Mahindra & Mahindra.

However, those which gained were ITC, Bharti Airtel, Infosys, HDFC Bank and Power Grid Corporation.

As a result, Asian markets traded lower in thursday's session as fears over the economic impact of coronavirus pandemic continued to weigh on equity markets.

South Korea's Kospi led the losses with a drop of 8.39 per cent. Hong Kong's Hang Seng index fell by 2.61 per cent and Japan's Nikkei erased early gains and to close 1.04 per cent lower.