Private banks suffered losses with HDFC Bank down by 1.6 per cent, IndusInd Bank by 0.8 per cent and Axis Bank by 0.7 per cent 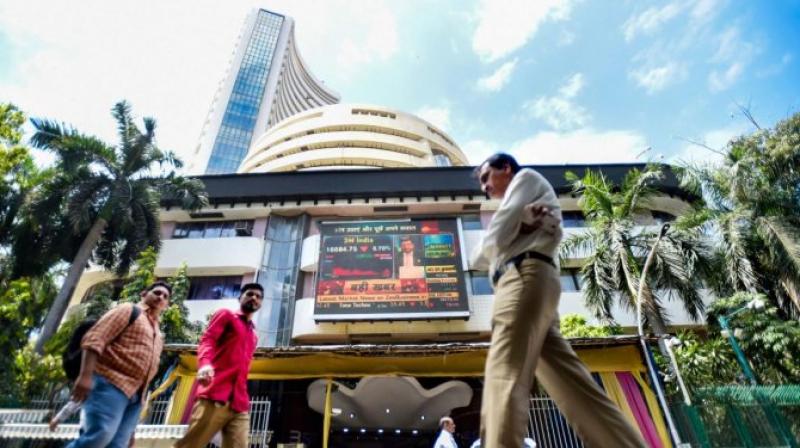 Mumbai: Equity benchmark indices broke four days of losing streak and ended 5.7 per cent higher on Friday on global cues as policymakers swung into action to minimise the human and economic impact of coronavirus pandemic.

All sectoral indices at the National Stock Exchange were in the green with Nifty FMCG up by 8.7 per cent, IT by 8.5 per cent, metal by 7.6 per cent and pharma by 4 per cent.

Reliance Industries shares rallied more than 12 per cent to Rs 1,028 per share after Morgan Stanley retained its bullish bias on the stock, citing likely benefit from lower oil prices and Supreme Court's decision on AGR dues.

But private banks suffered losses with HDFC Bank down by 1.6 per cent, IndusInd Bank by 0.8 per cent and Axis Bank by 0.7 per cent.

Meanwhile, Asian shares staged a rare rally as Wall Street eked out gains. Hong Kong's Hang Seng index was up by over 5 per cent while South Korean shares bounced by 7.4 per cent and Shanghai composite edged up by 1.6 per cent.

The COVID-19 infection cases have risen drastically outside China, hurting major economies and disrupting supply chains. But many countries have poured in massive amounts of stimulus into their economies while central banks have flooded markets with cheap dollars to ease funding strains.