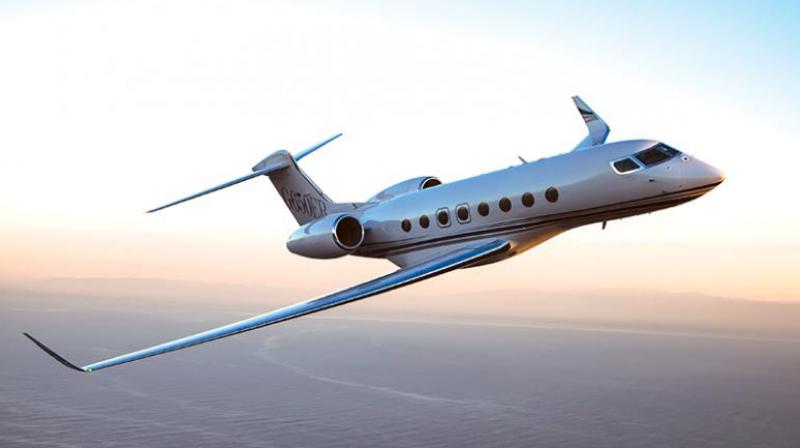 Asia’s super-wealthy are increasingly opting for second-hand private jets rather than buying new ones.

Buyers from the region bought 61 pre-owned aircraft and 54 new jets in 2017, marking the first time second-hand purchases outstripped new orders, according to a report by aviation consultancy Asian Sky Media.

It underscores how a trend that began last year has hardened amid slowing economic growth in the region, while cost-conscious Chinese buyers have shunned flashy symbols of wealth.

Brokers said customers included Chinese companies, which were buying such jets to support overseas expansion and opting for used planes to keep costs down. Pre-owned jet prices have also seen a steep drop in the past two years, they said.

“Customers have changed, their knowledge of the industry has changed and they now understand the value of a pre-owned aircraft,” Jeffrey Lowe, managing director of consultancy Asian Sky Media, said on the sidelines of the Asian Business Aviation Conference & Exhibition in Shanghai this week.

“The market has had an abundance of supply of late, so they were able to find good airplanes at good prices too which were not necessarily all that old and still under warranty. So that has certainly spurred the market.”

Planemakers such as General Dynamics Corp’s (GD.N) Gulfstream and Bombardier Inc (BBDb.TO) have reduced production in recent years as market demand contracted and they worked on releasing new models, resulting in longer waiting times for buyers.

Industry executives said however, that this shift was not negative for planemakers such as Gulfstream and Bombardier, as it was helping to firm prices by reducing an oversupply of used business jets on the global market.

Customers were also attracted by new models being pushed out by planemakers, brokers said.

At the show, Gulfstream showed off its newest G500 and G600 jets, while Bombardier displayed a mock-up of its upcoming Global 7000 long-range plane.

Gulfstream, which rivals Bombardier for the largest share of the Asia-Pacific private jet fleet, said it was confident in the market and that growing maturity of the region’s buyers was a plus for the US planemaker.