Asia shares mixed after US crude slides to 20-year lows 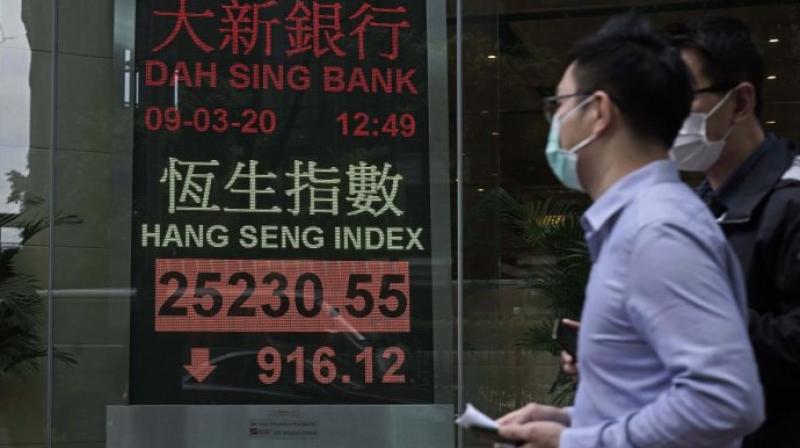 Hong Kong: Oil prices collapsed to more than two-decade lows Monday as traders grow concerned that storage facilities are reaching their limits, while equities were mixed, with some support coming from signs that the coronavirus may have peaked in Europe and the United States.

US crude benchmark West Texas Intermediate briefly plunged almost 20 percent to below $15 its lowest since 1999 as stockpiles continue to build owing to a crash in demand caused by the COVID-19 pandemic.

Analysts said this month's agreement between top producers to slash output by 10 million barrels a day was having little impact on the oil crisis because of lockdowns and travel restrictions that are keeping billions of people at home.

WTI was hit particularly hard as its main US storage facilities in Cushing, Oklahoma, were filling up.

"Despite the OPEC+ alliance agreeing to an unprecedented cut in output, the physical market is awash with oil," it said, referring to the Organization of the Petroleum Exporting Countries and non-OPEC partners.

And AxiCorp's Stephen Innes added: "It's a dump at all cost as no one... wants delivery of oil, with Cushing storage facilities filling by the minute.

"It hasn't taken long for the market to recognise that the OPEC+ deal will not, in its present form, be enough to balance oil markets."

Stock traders were in slightly more buoyant mood as governments start to consider how and when to ease lockdowns that have crippled the global economy.