Rupee is trading at 69.44 against dollar after exit poll results suggested another term for the ruling NDA government. 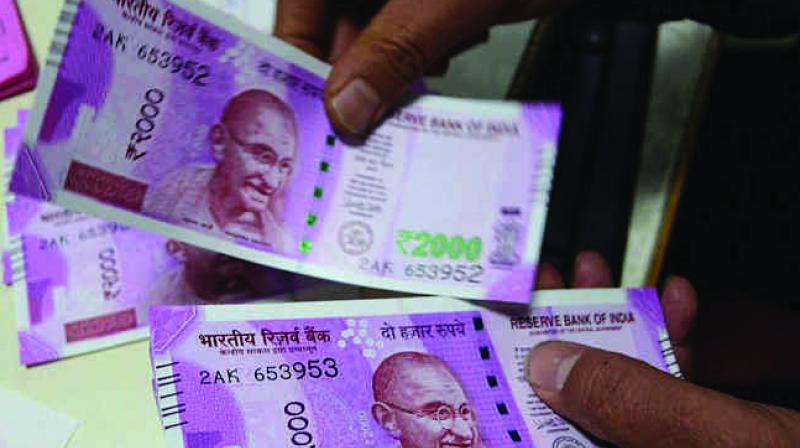 Mumbai: The rupee appreciated 79 paise to 69.44 against the US dollar in opening trade on Monday after exit poll results suggested another term for the ruling NDA government, even as crude oil prices firmed up.

The rupee opened at 70.36 the interbank forex market, then gained further ground to touch 69.44 per dollar, displaying gains of 79 paise against the greenback.

On Friday, the rupee had settled at 70.23 against the US dollar. Foreign funds pulled out Rs 1,057.82 crore in the capital markets on a net basis on Thursday, provisional data showed.

Meanwhile, brent crude, the global benchmark, was trading at 73.28 per barrel higher by 1.48 per cent.