Sensex opens in green on value-buying, up 130 points 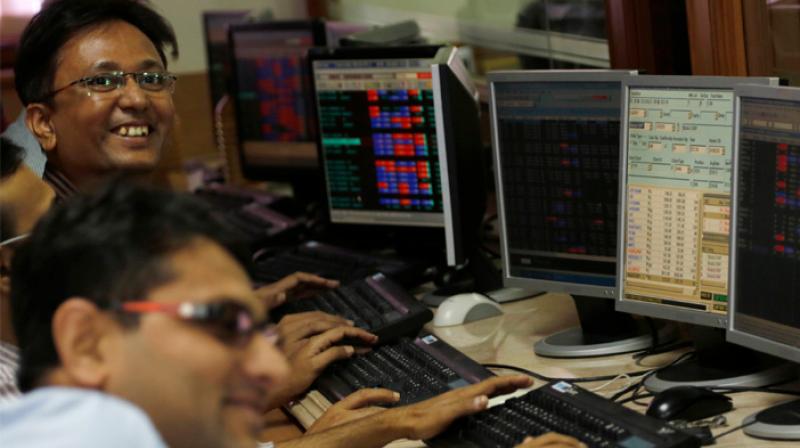 The BSE Sensex rebounded over 130 points in opening trade on Wednesday, reversing its two-session losing streak on value-buying in select blue-chips amid a strengthening rupee. (Photo: AP)

Mumbai: The BSE Sensex rebounded over 130 points in opening trade on Wednesday, reversing its two-session losing streak on value-buying in select blue-chips amid a strengthening rupee.

Overseas, mixed trend at other Asian markets also influenced trading sentiments here. The rupee recovered from its nearly one-month low by strengthening 32 paise to 68.06 against the US dollar in early trade on Wednesday. The 30-share BSE index was trading higher by 130.41 points, or 0.37 per cent, to 35,417.15 in early trade today.

The gauge had lost 335.40 points in the previous two sessions, tracking a sell-off across global markets after the US and China reignited their trade dispute. The NSE Nifty too rose by 39.45 points, or 0.37 per cent, to 10,749.90. All sectoral indices, led by healthcare, realty and auto, were in the positive zone, rising up to 0.93 per cent.

Among other Asian bourses, Japan's Nikkei was up by 0.16 per cent, Hong Kong's Hang Seng inched up 0.03 per cent, while Shanghai Composite Index fell 0.19 per cent in early trade. The US Dow Jones Industrial Average ended 1.15 per cent lower yesterday.