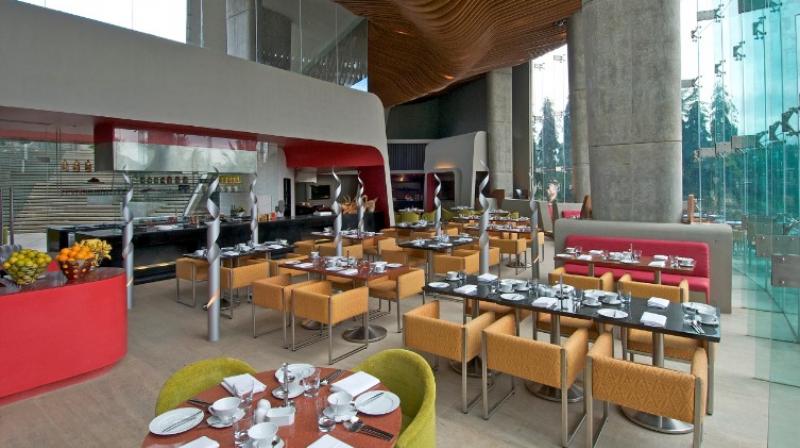 Stock analysts said sectors like hotels and entertainment are making up for underperformance in pre-Covid times. (Photo: Vivanta Hotels)

Mumbai: Unlock themes and undervalued stocks are emerging as big gainers in the broader market rally while the super largecap stocks constituting the benchmark indices are showing signs of slowing down after touching five-month highs during the last one month.

Unlock theme gainers on Thursday included stocks from tourism and hospitality, entertainment, aviation, consumer retail and power utilities, among others.

Some midcap stocks are also seeing value buying after languishing for some time as their business prospects are improving. These include NHPC (12.17 per cent), auto parts maker Varroc Engineering (17.75 per cent), water treatment specialist Va Tech Wabag (15.90 per cent) and Ashok Leyland (2.89 per cent).

“We have seen some robust moves in a bundle of mid- and smallcap stocks, which had clearly been missing for more than a year before COVID. So practically, they are compensating for their long underperformance,” said Sameet Chavan, analyst for Angel Broking.

Nifty 50 index has however moved only 3.80 per cent during the same period indicating their valuations are getting stretched.

"Global stock markets were knocked on Thursday after the US Federal Reserve signalled it was not immediately prepared to deploy further unconventional measures to shore up the world’s biggest economy," said Deepak Jasani, head of retail research, HDFC Securities.