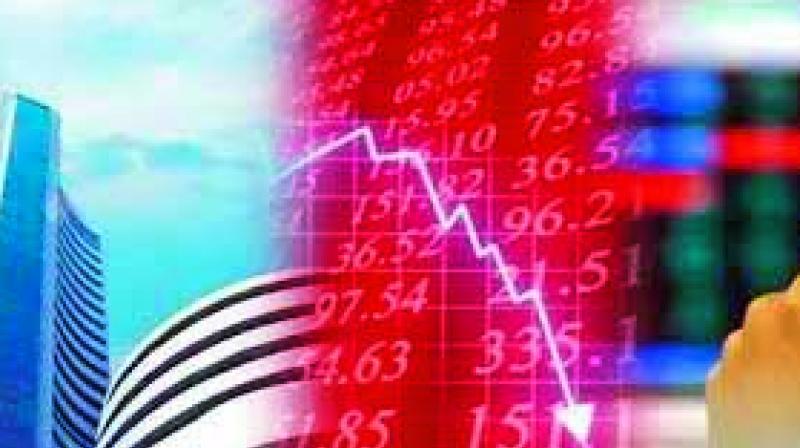 The market plunged sharply as sentiments were hit by continuous selling by foreign portfolio investors and slowdown in tax collection by the government.

IT and banking stocks were the worst hit.

Nifty resumed its corrective bias and lost over a percent amid mixed cues. Local cues dictated the market trend wherein the report on low tax collection and IMD’s report on floods damaging crops dented the sentiment. And, the news of rate cut by the US Fed also failed to provide any solace as it was largely on the expected lines. All the sectoral indices traded under pressure and ended with deep cuts, analysts said.

“On the street the feeler about the market is very low, which could be an excellent opportunity to buy in select large cap companies with a medium term view,” said Shrikant S. Chouhan, Senior Vice-President, Equity Technical Rese-arch, Kotak Securities.

According to technical analysts, after showing a consolidation type pattern in the last session, the Nifty continued with sharp weakness on Thursday and closed the day lower by 135 points. A long negative candle was formed on Thursday, that has broken below the immediate support of 10750 levels and closed lower. This is negative indication and this pattern indicates more weakness and a possibility of a decline below the last swing low of 10637 levels.

"Continuous selling by FIIs and uncertainty over future trajectory of Fed rate cut dampened investors’ sentiment. Slowdown in direct tax collection and rise in oil prices will limit government’s space for stimulus measures which will continue to act as a downside risk to the market," said Vinod Nair, Head of Research, Geojit Financial Services Ltd.