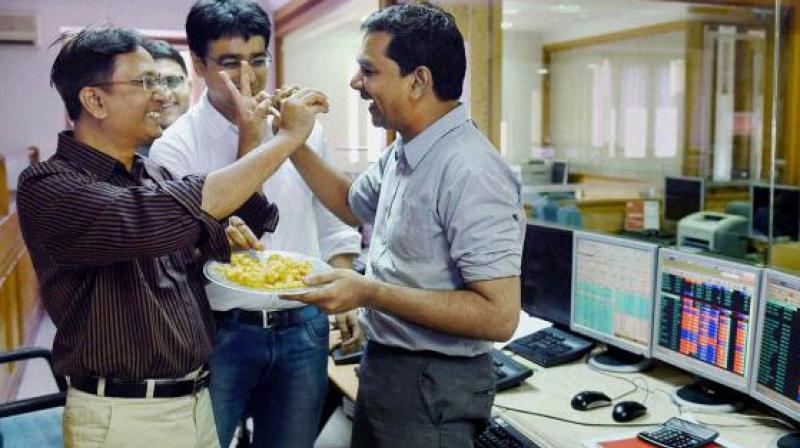 Gains were muted as investors turned jittery at the fag end of the session on macroeconomic concerns after Fitch Ratings cut India's GDP growth forecast for 2019-20, traders said.

On the other hand, Vedanta was the biggest loser, shedding 3.45 per cent. Kotak Bank, Tata Motors, ITC, M&M and Sun Pharma too ended in the red.

According to traders, participants offloaded equities at the fag end of the session on concerns over economic growth after Fitch Ratings cut India's GDP growth forecast for 2019-20 fiscal year to 4.6 per cent on deterioration in business and consumer confidence.

Stocks traded with a positive bias during the day on hopes of Budget stimulus to spur economic growth, analysts said.

Bourses in Shanghai and Tokyo ended in the red, while those Hong Kong and Seoul settled on a positive note.

Benchmark indices in Europe were trading higher in their respective early sessions.

On the currency front, the rupee depreciated 13 paise against the US dollar to 71.16 (intra-day).