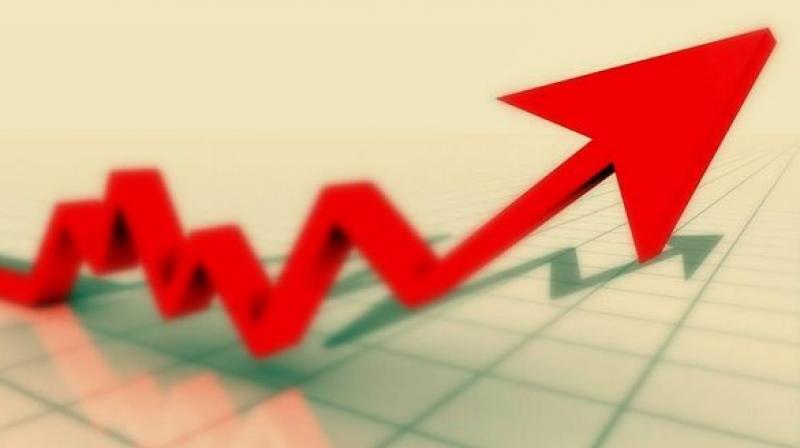 New Delhi: Stock market sentiment this week would be largely guided by the ongoing fourth quarter results season, with a host of front-line companies slated to come out with their financial report cards, say analysts.

"In the near-term investors' focus will be on Q4 earnings and elections. For the week ahead, results from key index heavy weights including large corporate banks will set the tone for earnings season.

"Markets are expected to remain subdued and under pressure at least till the election season is over. However, volatility will continue to remain on the higher side as knee-jerk reactions are expected due to the ongoing results.

"After a period of significant momentum ahead of the general elections, the market may take a pause in some kind of an interim profit-booking," said Joseph Thomas-Head Research, Emkay Wealth Management.

The scenario of a slowdown in global growth as also the definitive prospects of higher fuel prices and a weaker currency may also be working on the minds of the market participants at this juncture, he added.

Among other major companies slated to announce their financial numbers this week are Maruti Suzuki India and Hero MotoCorp.

On Monday, movement may be seen in index heavyweight Reliance Industries and HDFC Bank which announced their March quarter earnings over the extended weekend.

Reliance Industries Thursday posted the highest quarterly net profit by any Indian private sector firm with a 9.8 per cent rise in earnings in the period ended March 31 after robust business in retail and telecom sectors offset a dip in oil refinery margins.

The oil-to-telecom conglomerate reported a consolidated net profit at Rs 10,362 crore, or Rs 17.5 per share.

Private lender HDFC Bank Saturday reported a 23 per cent jump in its net profit to Rs 5,885.12 crore for the March quarter on a healthy growth in its net interest income.

Jet Airways would also remain in focus amid a slew of negative news surrounding the firm.