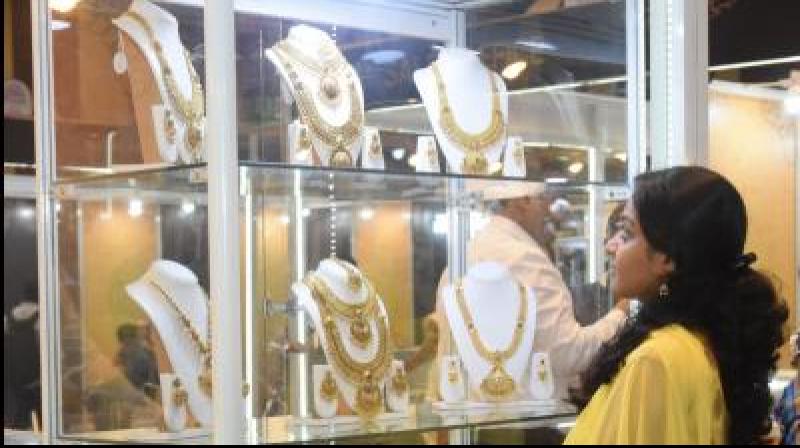 As per the government notification, the onus of obtaining HUID number is on the manufacturer, and others in the supply chain, including the retailer, need not worry about it. (DC Image)

Chennai: Small jewellers and goldsmiths have termed Monday's jeweller strike against implementation of HUID on assayed jewellery as "absurd" and an attempt to protect vested interests.

The All-India Jewellers and Goldsmith Federation (AIJGF) said that small jewellers of the country are not involved in the strike. "The strike on August 23 is absurd and an attempt by certain big fishes to serve their vested interests by tarnishing the jewellery trade of the country," it said.

According to the federation, there are about six lakh jewellers in the country and of them about 10 per cent are big jewellers while the rest are smaller traders. About 20 lakh artisans also work in this business. While giving a strike call, the 10 per cent big jewellers are using smaller ones as a cover for their vested interests, said Pankaj Arora, national president, AIJGF.

"Those who are on strike are misleading lakhs of small gold traders of the country and calling hallmarking and HUID (six-digit Hallmarking Unique ID) as anti-trade. They do not want their business activities to come under the government scanner," he said.

As per the government notification, the onus of obtaining HUID number is on the manufacturer, and others in the supply chain, including the retailer, need not worry about it. The AIJGF termed it as a welcome step, which will not only instil confidence in the minds of the customers but also increase the availability of pure gold in India.

The All-India Gem and Jewellery Domestic Council (GJC) had called for the token strike on Monday. The organisation alleged that HUID is a tracking mechanism and has nothing to do with the purity of gold.  HUID is also against data privacy and "business secrecy" of individual citizens, the GJC said.