Rupee slips 5 paise to 71.17 against USD in early trade

At the interbank foreign exchange, the rupee opened at 71.15 then fell to 71.17 against the US dollar. 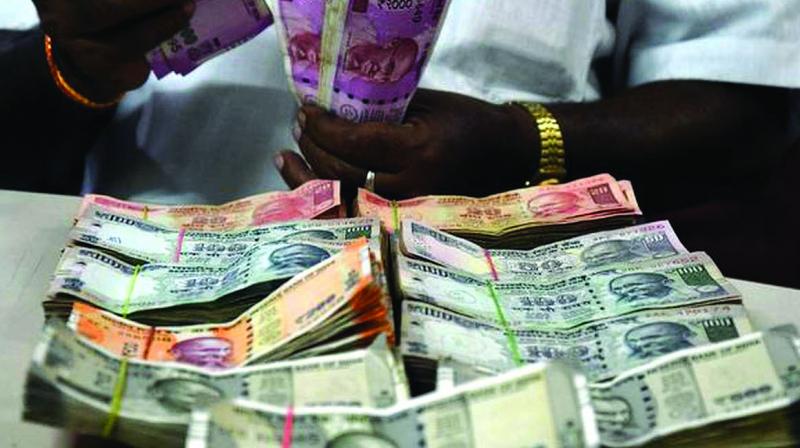 The Indian rupee on Friday had closed at 71.12 against the US dollar.

Mumbai: The Indian rupee opened on a flat note and fell 5 paise to 71.17 against the US dollar in early trade on Monday tracking muted opening in domestic equities.

At the interbank foreign exchange, the rupee opened at 71.15 then fell to 71.17 against the US dollar, showing a decline of 5 paise over its previous closing.

The Indian rupee on Friday had closed at 71.12 against the US dollar.

Foreign institutional investors (FIIs) remained net buyers in the capital markets, as they purchased shares worth Rs 338.86 crore on Friday, as per provisional data.

The dollar index, which gauges the greenback's strength against a basket of six currencies, fell 0.04 per cent to 97.65.

The 10-year government bond yield was at 6.58 per cent in morning trade.

Meanwhile, on the global front, Beijing will lower import tariffs on over 850 products, including frozen pork, from January next year, the finance ministry said on Monday, which may help ease the pressure on the country's depleted pork supply.