Gold is trading at Rs 34,270 per 10 gram in the bullion market due to easing demand from jewellers. 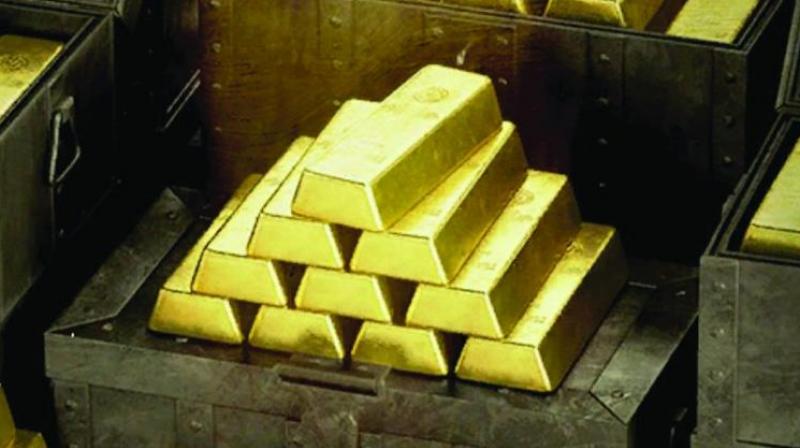 New Delhi: Gold prices declined by Rs 100 to Rs 34,270 per 10 gram in the bullion market here on Monday due to easing demand from jewellers despite a positive overseas trend, according to the All India Sarafa Association.

Silver, however advanced by Rs 90 to Rs 39,090 per kg on increased offtake by industrial units and coin makers.

According to traders, decline in demand from local jewellers at the domestic spot market led to the dip in gold prices, though a firm global trend capped the fall.

"A weak dollar, which plummeted to a three-month low on expectations of an imminent interest rate cut by the US Federal Reserve, also assisted the sentiments," he said.