Business   Market  24 Jun 2020  India's oil imports in May sink to lowest in over 8 years
Business, Market 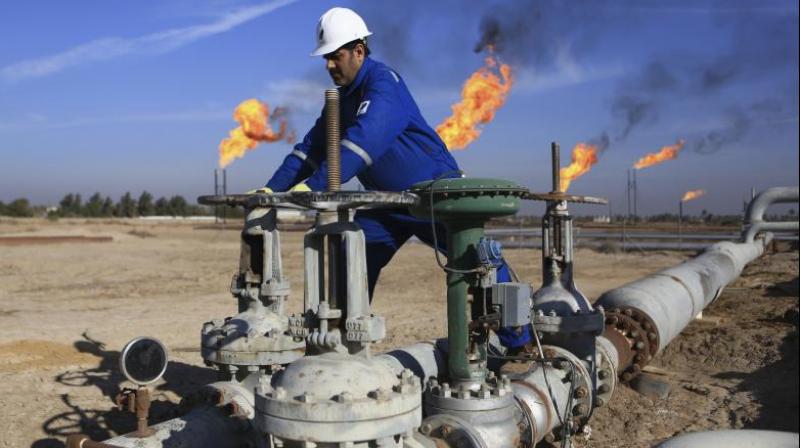 India’s oil imports in May hit the lowest since Oct 2011. (AFP Photo)

NEW DELHI: India’s oil imports in May hit the lowest since Oct 2011 as refiners with brimming storage cut purchases after a continuous decline in fuel demand, preliminary data obtained from industry sources showed.

In May, India imported 3.18 million barrels per day (bpd) of oil, a decline of about 31% from April and about 26% from a year ago, the data showed.

Hit by an unexpected fall in demand due to lockdown measures to contain the novel coronavirus, Indian refiners in April filled tanks with cheaper oil, sold extra cargoes to the federal government for strategic reserves and declared force majeure on crude imports.

The refiners, which normally book cargoes one-to-two months in advance, also deferred some term cargoes scheduled for lifting in April.

In May, Saudi Arabia was the top oil supplier to India for a second consecutive month, although supplies from the kingdom declined by nearly 28% from April, the data showed.

The intake of Venezuelan oil in May fell to the lowest since June 2011. Reliance Industries, operator of the world’s biggest refining complex, received 2 million barrels of oil from Venezuela.

Another private refiner Nayara Energy, part-owned by Russian oil major Rosneft, did not import from the Latin American nation in May, under pressure from the U.S. sanctions against Venezuelan national oil company PDVSA.

Venezuela and other producing nations in a grouping known as OPEC+ have agreed output cuts to try to stabilise international oil markets.

Oil from the Organization of the Petroleum Exporting Countries (OPEC) as a share of India’s imports fell to an all-time low of 71.3%, while the share of U.S. oil hit a record high of nearly 8% in May.

India’s oil imports in June are set to recover as refiners have raised crude processing and demand is recovering with the gradual resumption of transport and industrial activity.