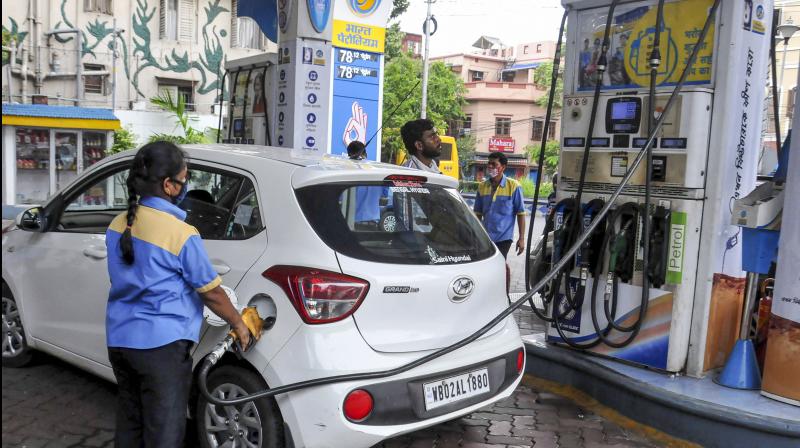 New Delhi: Petrol price in the national capital on Friday crossed Rs 80 per litre mark, for the first time in more than two years, as oil companies continue to raise petrol and diesel prices in line with costs.

Oil companies hiked petrol price by 21 paise per litre and diesel by 17 paise a litre, according to a price notification of state oil marketing companies.

Rates have been increased across the country but the final retail selling price differs from state to state depending on the incidence of local sales tax or VAT.

Petrol price has crossed Rs 80-mark for the first time in more than two years, while diesel rate is at an all-time high. Petrol had last crossed Rs 80 mark in September 2018.

The cumulative increase since the oil companies started the cycle on June 7 now totals to Rs 8.87 for petrol and Rs 10.8 in diesel.

Diesel had for the first time become costlier than petrol in Delhi on Wednesday.

However, diesel is costlier than petrol only in the national capital where the state government had raised local sales tax or VAT on the fuel sharply last month. It costs less than petrol in other cities.

On June 7, oil companies restarted revising prices in line with costs after ending an 82-day hiatus during which they adjusted steep excise duty hikes by the government against the fall in benchmark international oil rates.