IndusInd Bank was the top gainer in the Sensex pack, rallying 5.93 per cent 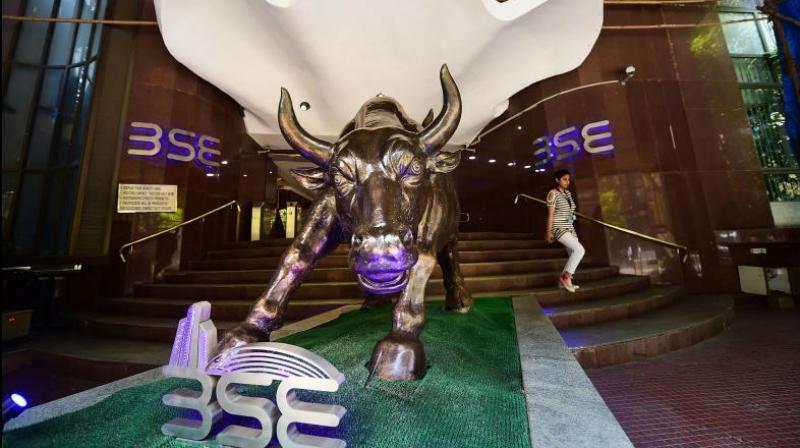 Mumbai: The BSE Sensex closed above the 39,000-mark for the first time in six months on Wednesday as equities extended their winning streak for the fourth straight session amid upbeat global cues.

The Sensex had last closed above the 39,000-level on February 27 this year.

Market heavyweight RIL contributed to over half of the index's gains.

On the other hand, Bharti Airtel, UltraTech Cement, Asian Paints, Maruti, L&T, NTPC and HDFC were among the main laggards, skidding up to 2.66 per cent.

Global markets were on the upswing ahead of a key speech by US Federal Reserve Chairman Jerome Powell at the Jackson Hole symposium.

"Volumes on the NSE were in line with recent average, with auto stocks (on hopes of GST cut on two-wheelers), banks and media stocks doing well, while pharma and FMCG stocks were dull. Midcap and smallcap indices rose for the 8th consecutive session -- the longest such streak since Jan 2020.

"(Thursday) is the monthly F&O expiry day. Though index volatility has been limited in the past month, stock specific moves have been large and hence we could see some sharp moves in select stocks on squaring up/rolling over of positions," said Deepak Jasani, Head of Retail Research, HDFC Securities.

BSE energy, bankex, auto, IT, realty and finance indices rose up to 2.09 per cent, while telecom, capital goods, basic materials, FMCG and healthcare lost as much as 2.01 per cent.

Broader BSE mid-cap and small-cap indices climbed up to 0.69 per cent.

In rest of Asia, bourses in Hong Kong and Seoul ended with gains, while Shanghai and Tokyo closed lower.

In Europe, stock exchanges in Paris and Frankfurt were trading on a positive note in early deals, while London witnessed losses.

On the forex front, the rupee pared some of its early gains and settled 3 paise higher at 74.30 against the US dollar.