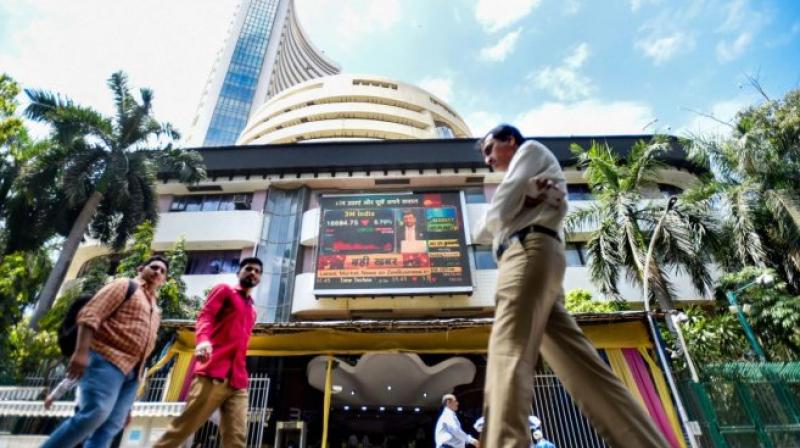 Mumbai: Equity benchmark indices dithered in volatile trade on Friday as the Reserve Bank of India (RBI) reduced key repo rate by 75 basis points in line with central banks around the world to limit the economic slowdown amid rising coronavirus (covid-19).

The RBI unleashed an array of measures but also said that there is a rising probability that large parts of the global economy will slip into recession due to the outbreak.

Sectoral indices at the National Stock Exchange were mixed and largely flat with Nifty auto down by 2.4 per cent and realty by 0.4 per cent. Nifty private bank, however, was up by 1.7 per cent and PSU bank by 0.3 per cent.

Among stocks, Bajaj Finance dipped by 7.9 per cent, Hero MotoCorp by 7.8 per cent and IndusInd Bank by 5.6 per cent.

IndusInd Bank reversed its morning upward glide and cracked by 5.6 per cent while metal majors Hindalco, Vedanta and Tata Steel lost by 3.2 per cent, 3 per cent and 2.9 per cent respectively.

The other prominent losers were HCL Technologies, GAIL and Bharti Airtel.
But Axis Bank gained by 6.2 per cent to Rs 362.50 per share. Coal India, Cipla and NTPC traded higher between 4 and 6 per cent.

The US House of Representatives is expected to pass a two trillion dollars stimulus package later on Friday that will inject the world's largest economy with money to stem the damage caused by the pandemic.