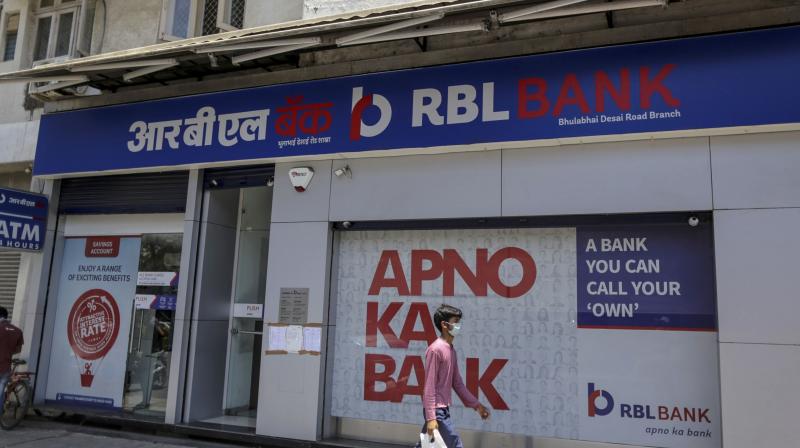 RBL MD & CEO Vishwavir Ahuja went on "medical leave" and the Reserve Bank of India (RBI) appointed Yogesh Dayal as an additional director on the bank's board. (Bloomberg)

Mumbai: The share price of RBL Bank slumped 20 per cent hitting the lower circuit limit on Monday after its MD & CEO Vishwavir Ahuja went on "medical leave" and the Reserve Bank of India (RBI) appointed Yogesh Dayal as an additional director on the bank's board.

The RBI has also appointed Rajeev Ahuja (existing Executive Director of RBL Bank) as the interim Managing Director & CEO of RBL Bank. Yogesh Dayal is also a chief general manager at the RBI.

The sudden action from the central bank raises fears about asset quality and the overall health of the bank. This has triggered a host of brokerage downgrades.

After a slump in RBL Bank's share price, the RBI issued a statement saying "there is no need for depositors and other stakeholders to react to the speculative reports. The bank's financial health remains stable."

"There has been speculation relating to the RBL Bank Ltd in certain quarters which appears to be arising from recent events surrounding the bank. The Reserve Bank would like to state that the bank is well capitalised and the financial position of the bank remains satisfactory," the RBI said.

As per half-yearly audited results as on September 30, 2021, the bank has maintained a comfortable Capital Adequacy Ratio of 16.33 per cent and Provision Coverage Ratio of 76.6 per cent. The Liquidity Coverage Ratio (LCR) of the bank is 153 per cent as on December 24, 2021 as against the regulatory requirement of 100 per cent.

"Further, it is clarified that appointment of Additional Director/s in private banks is undertaken under Section 36AB of the Banking Regulation Act, 1949 as and when it is felt that the board needs closer support in regulatory/supervisory matters," the RBI said in a statement.