Sensex moves down ahead of F&O expiry 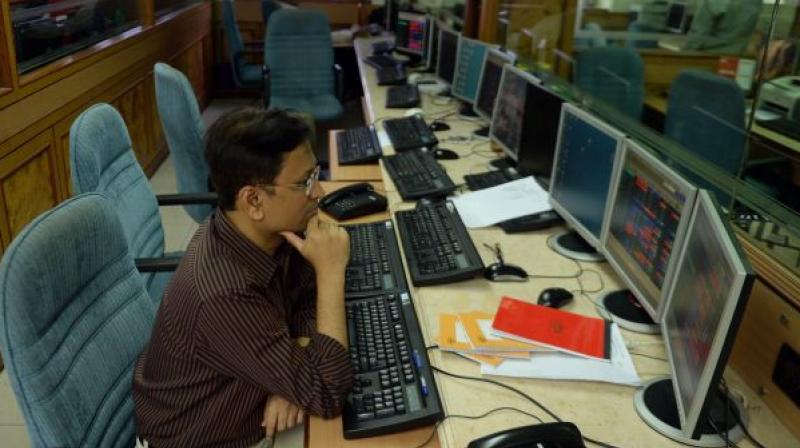 Mumbai: Markets swung into weakness as the Sensex today fell over 76 points and the NSE Nifty slipped below the 9,500 mark as investors brought down their bets ahead of the derivatives expiry.

Cutting down of positions by participants in view of tomorrow's June derivatives contract expiry added to the downward move.

The laggards were Asian Paints, SBI, ITC Ltd, Dr Reddy's, L&T and Reliance Industries, declining by up to 2.20 per cent.

Sectoral indices led by consumer durables, FMCG, capital goods and healthcare stocks were in the negative terrain, falling by up to 0.87 per cent.

There is a sense of caution ahead of the rollout of the GST on July 1.

A weak trend on other Asian bourses following overnight losses in US markets dampened sentiment too.