The precious metal had stormed almost $40 higher at one point to reach $1,980 an ounce 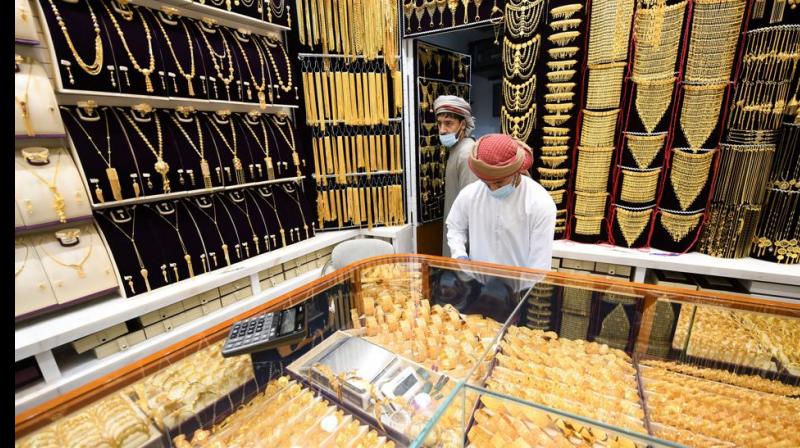 SYDNEY: Gold hurtled to record peaks on Tuesday before the sheer scale of its gains drew a burst of profit taking, which lifted the dollar from two-year lows and curbed early equity gains.

Gold is still up over $130 in little more than a week as investors wager the Federal Reserve will reaffirm its super-easy policies at a policy meeting this week, and perhaps signal a tolerance for higher inflation in the long run.

“Fed officials have made clear that they will be making their forward guidance more dovish and outcome-based soon,” wrote analysts at TD Securities.

“The chairman is likely to continue the process of prepping markets for changes when he speaks at his press conference.”

One shift could be to average inflation targeting, which would see the Fed aim to push inflation above its 2% target to make up for years of under-shooting.

The pullback in gold took some steam out of stocks but MSCI’s broadest index of Asia-Pacific shares outside Japan was still up 0.8%.

That rise was again led by technology stocks as investors wagered on upbeat earnings reports due this week. Analysts also noted the falling dollar was a positive given that more than 40% of S&P 500 earnings come from abroad.

There were hopes some sort of stimulus extension could be hammered out as U.S. Senate Republicans raced to complete details of a $1 trillion coronavirus aid proposal before enhanced unemployment benefits expire on Friday.

The proposal could involve a cut in benefits to $200 from $600, which would be a big blow to household incomes and spending power.

Aid is desperately needed given 30 million Americans are out of work and states are tightening social restrictions again, a trend that has also dragged on the U.S. dollar.

Alan Ruskin, head of G10 strategy at Deutsche Bank, noted currencies had been tracking the relative performance of their economies, so that high-ranked economic performance was associated with stronger currencies.

“One clear pattern is how economies linked most tightly to China - including commodity producers as diverse as Australia, Chile and Brazil - have tended to perform better than economies most directly linked to the U.S., notably its NAFTA trading partners,” said Ruskin.

Indeed, the dollar has been falling almost across the board in recent days, reaching a two-year trough on a basket of currencies at 93.416 before steadying at 93.793.

The story was much the same against the Japanese yen, as the dollar touched a four-month trough at 105.10 before last trading at 105.55.

The trend reversal in the dollar combined with all the uncertainty over COVID-19 and the prevalence of negative real bond yields to light a fire under precious metals.