Speculators covering up their short positions ahead of the August derivatives contract expiry added to gains. 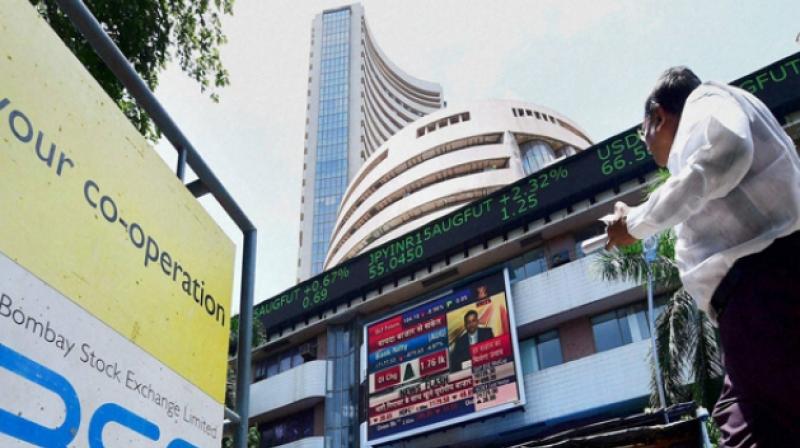 An investor outside the stock market, the BSE. (Photo: File/PTI)

The rally in domestic equities was largely in line with the upmove seen in global stocks on signs of easing geopolitical tensions after US President Donald Trump's measured response to North Korea missile launches.

Speculators covering up their short positions ahead of the August derivatives contract expiry tomorrow added to the gains.

Sentiment also got a boost after the GST revenue got off to a bumper start. Finance Minister Arun Jaitley yesterday said that taxes worth Rs 92,283 crore were collected in July from just 64.42 per cent of the total taxpayer base.

Tax collections are likely to go up further when all the tax payers would file returns.

The Sensex had lost 362.43 points in the previous session in line with a general weakness across the globe fuelled by North Korea's missile launch over Japan.