After another rally on Wall Street, which saw all three main indexes jump more than three percent, Asia picked up the baton 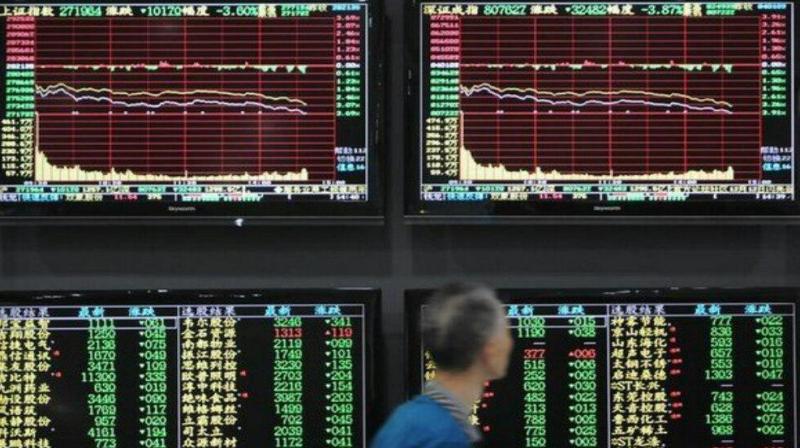 HONG KONG: Asian equities enjoyed a strong start to Tuesday following another rally on Wall Street, while oil bounced, with traders welcoming a surprise jump in Chinese factory activity, though analysts cautioned that the road ahead remained rocky for the global economy.

The World Bank also warned that fallout from the coronavirus pandemic could bring China's growth to a standstill, with even a best-case scenario seeing expansion slow to 2.3 percent from 6.1 percent in 2019.

Trillions of dollars pledged to offset the economic impact of the deadly virus have provided a semblance of stability to world markets, which were initially pummelled by the rapid spread of the disease, which has forced swathes of the planet and the economy into lockdown.

While the number of infections and deaths continues to rise, observers said traders appear to be getting used to the new normal, with some suggesting the sell-off in stocks may have seen its worst.

"Certainly we are seeing bottoming in the equity market," Jun Bei Liu of Tribeca Investment Partners told reporters. But she added it was "very hard to see equities rally away, on the basis that the infections are still getting worse and the employment numbers continue to track lower".

After another rally on Wall Street, which saw all three main indexes jump more than three percent, Asia picked up the baton.

Tokyo went into the break 0.8 percent better off, while Hong Kong and Taipei added more than one percent.

"Stock market price action suggests that investors are comfortable with the 'whatever it takes, whatever is necessary' policymakers' response so far into a deep economic recession," said AxiCorp's Stephen Innes.

He added that market players were now turning their attention to the implementation of government stimulus measures.