ITC was the top gainer in the Sensex pack, rallying over 7 per cent, followed by Reliance Industries, ONGC, Tata Steel, Tech Mahindra 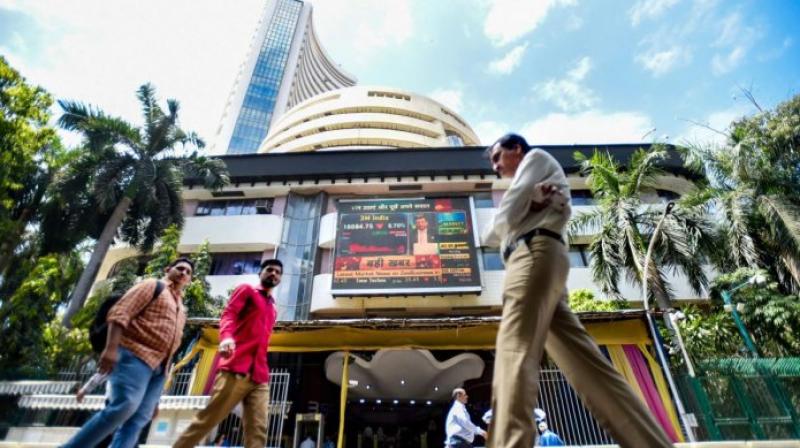 Mumbai: Equity benchmark Sensex surged over 1,028 points on the last day of the 2019-20 fiscal on Tuesday, led by gains in energy, financial and FMCG stocks amid recovery in global peers even as the number of Covid-19 cases continued to mount.

ITC was the top gainer in the Sensex pack, rallying over 7 per cent, followed by Reliance Industries, ONGC, Tata Steel, Tech Mahindra, Sun Pharma and SBI.

On the other hand, IndusInd Bank plunged nearly 15 per cent. Maruti, Bajaj Finance and Titan were the other laggards.

According to traders, domestic investors turned positive amid rebound in global peers as most Asian benchmarks ended higher on recovery in China's manufacturing during March as authorities relaxed anti-disease controls and allowed factories to reopen.

Bourses in Shanghai, Hong Kong and Seoul ended up to 2 per cent higher, while Tokyo closed in the red.

Stocks in Europe were also trading on a positive note in early deals.

On the currency front, the rupee appreciated marginally to 75.54 against the US dollar in intra-day trade.

The number of Covid-19 cases in India surged past 1,200, according to the health ministry. While there are more than 1,100 active cases, nearly 100 people have recovered.

Deaths around the world linked to the pandemic have crossed 37,000.