The travel time between any two destinations on the globe will take less than an hour in this new craft. 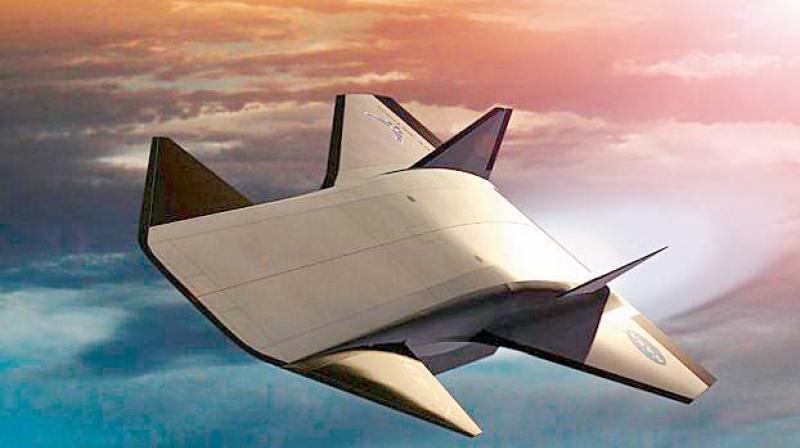 What’s more, among the spin-offs of designing these hypersonic vehicles is the ability to equip India’s next generation fighter jets with ‘Stealth’ capability to avoid detection by radars of adversaries.

Don’t look now, but researchers at IIT-Bombay are setting up a novel “scholarly foundation” to design aircraft that fly more than five times the speed of sound, known among aerospace experts as ‘Reusable Hypersonic Vehicles’, and thus join the global race to realise such new generation jets. The research endeavour of Prof. Shripad Mahulikar and his team at aerospace department could well result in reduction in investments on development of these hypersonic aircraft as well as the operational costs. “Our research investigations are aimed at making a difference in the fundamental understanding and thinking of the aerothermal research community,” says Prof. Mahulikar.

These hypersonic aircraft are billed as the “next big thing” in space and military aerospace across the world because of their ability to fly many times faster than sound and thus reduce the cost of expeditions into outer space or to shield cities from attacks of ICBMs (inter-continental ballistic missiles) or IRBMs (intermediate range ballistic missiles).  They will be designed to cruise at altitudes exceeding 35 km, unlike long-distance commercial aircraft which fly at an altitude of about 11 km and less than the speed of sound.

What’s more, among the spin-offs of designing these hypersonic vehicles is the ability to equip India’s next generation fighter jets with ‘Stealth’ capability to avoid detection by radars of adversaries. There are, however, innumerable challenges in designing such RHVs, given their high speeds. To achieve hypersonic speeds, these vehicles need specialised engines, good management of heating caused by air resistance, and changes to the configuration design of the aircraft. Prof. Mahulikar’s basic research findings on ‘Aerothermal Considerations in Configuration Design of RHVs’, provides clues and insights into cracking some of these challenges.

The airflow over an aircraft creates an aerodynamic drag force which resists the aircraft’s forward motion. Aircraft wings are designed to minimise the air-drag which reduces the fuel consumed. Aircraft designers modify the aircraft geometry to achieve this with insignificant repercussions to its weight.

At speeds greater than sound a different drag comes into play (caused by the shock waves) and designers address this drag by incorporating a “sweepback” to the wings, i.e. a wing that angles backwards from where it is joined to the aircraft’s body (fuselage). The angle at which the wing is “sweptback” varies from zero degrees (no sweep) for straight-winged low-speed aircraft to about 45 degrees and beyond for supersonic aircraft such as the fighter jets. The sweepback angle is designed to minimise aerodynamic drag and its value for minimum drag is the “drag-minimised sweepback”.

Prof. Mahulikar proposed that due to aerothermal considerations, the sweepback angle of the lifting-body of hypersonic aircraft should be more than the drag-minimised value.

He also proposed a modification to the geometry of the leading edge. These new findings have important implications for the configuration design of RHVs. But how far are we from actually realising a hypersonic flight?  At least a few decades, admits Prof. Mahulikar, because of factors concerning safety and reliability.