Decaf   04 Oct 2017  Runversation: Tour of Giants, a race so beautiful in all its brutality
Decaf

Runversation: Tour of Giants, a race so beautiful in all its brutality 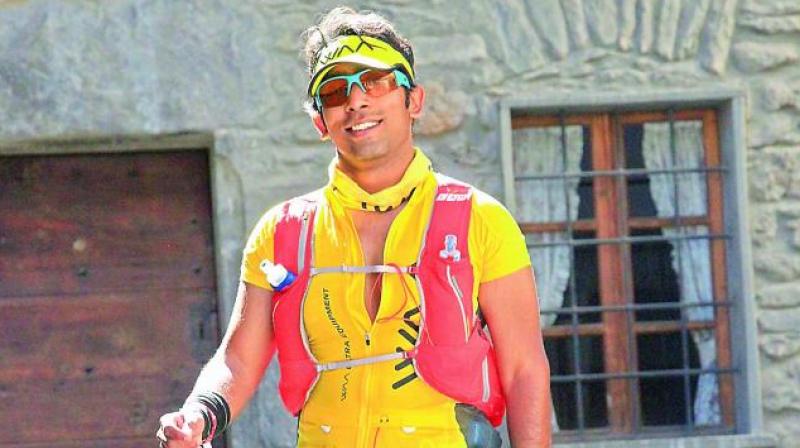 On September 16, 2017, Ashok Daniel, a lawyer at the Madras High Court, raised the bar for India’s ultra/mountain distance runners when he became the first Indian to finish the brutal Tor des Geants. Behind this conquest is a story of years of hard work, grit and determination.

It’s a super human challenge and rather like running through the pages of National Geographic magazine, as you encounter huge, plunging waterfalls, swaying bridges, Roman roads, wild flowers, and snow plastered  mountain ranges.

It’s the aptly named Tor des Geants (Tour of Giants) — a week-long ultra running race through Italy’s Aosta valley. It’s considered one of the greatest endurance trail running races in the world. But for some, it’s beautiful in its very brutality.

On September 16, 2017, Ashok Daniel, a lawyer at the Madras High Court, raised the bar for India’s ultra/mountain distance runners when he became the first Indian to finish the brutal Tor des Geants. Behind this conquest is a story of years of hard work, grit and determination.

Ashok started running 10 years ago, initially to lose weight as he weighed 90 kg and did “zero sport as a kid”. He lost the weight and gained confidence. And then continued running.

“I slowly increased the distance. It took me a while before scaling up to a marathon. I’ve been running ultras for the past five years. I’ve run 57 Ultras so far, six 100 milers and one 200 miler. Lately, I’ve been focusing on mountainous ultras,” says this insatiable runner.

Ultra running in a way is a selfish sport; it’s all about you and how you overcome the numerous challenges the course throws at you. Ultra and Mountain running are purely an adventure and the line between sport and adventure is blurred and that's exactly what draws competitors to these races. Most people have a hard time understanding such challenges let alone attempting them. Just the allure of managing the conditions that the mountains throw at you, and the other variables, make things interesting and fun.

On his romance with ultra/mountain running, Ashok says, “I’ve always loved being in the mountains, and to traverse mountain ranges on your own two feet is a magical journey which keeps me coming back for more. I enjoy the solitude and peace that I gain in the mountains and also the fact that you feel very small is a humbling feeling. Just the fact that our bodies are capable of running such distances is incredible and we have so much potential to tap into if only our minds can be open to such possibilities. In the end it’s very rewarding because I get to do things that most people can only dream of. I believe the key is consistency and sometimes doing less is just as good.”