Saving habitat: Go beyond the usual

According to sources in NTCA, 76 tigers died in the country in 2017 but 14 were cases of poaching. 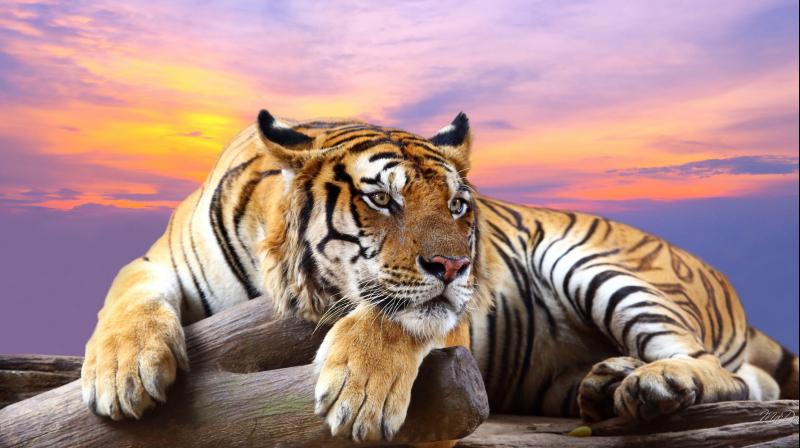 Protected landscapes are disconnected from each other and this could lead to inbreeding and lower rate of reproduction among tigers.

India is home to almost 65 per cent of the world’s tigers that roam the wild but researchers at the National Institute of Biological Sciences (NCBS), Bengaluru, who, in a first, probed the genetic diversity of the wild cats, have discovered that protected landscapes are increasingly disconnected from each other and this could lead to inbreeding that could result in lower rates of survival and reproduction.

India has identified priority areas called Tiger Conservation Landscapes (TCLs). These TCLs, 40 in all, vary in size, and each is big enough to conserve at least five tigers. However, tigers cross vast landscapes, and about 35 per cent of the country’s tigers are estimated to be living outside these protected areas. Since most of these protected areas are sandwiched between dense human settlements, agricultural lands and highways with high traffic density, they are increasingly being disconnected from each other, restricting the movements of animals. And that is a problem, say the researchers, who have published these details in Elsevier’s journal, Biological Conservation.

This lack of connectivity between TCLs results in extinction of some populations. Therefore, it’s important to protect tigers that live outside these TCLs to achieve and sustain an increase in the population, Dr Uma Ramakrishnan, Associate Professor, NCBS, told Deccan Chronicle. The intention should not be limited to increasing the population, but also to protection of the genetic variants, she added.

“Understanding how different species are impacted by landscape features like roads and agriculture is important to develop conservation strategies,” says Prachi Thatte, lead researcher of the NCBS study.

Tiger scats in central India, within and outside protected areas were collected to measure genetic variation and genetic exchange between populations/areas. The genetic data was also used to infer how different landscape features such as roads and railway lines affect connectivity. Using both, genetic data and the inferred effect of landscape variables, the researchers simulated the possible changes in genetic diversity, connectivity and the probability of extinction under various development scenarios in 2100.

In another study, the same team discovered that the north-western cluster, which contained scat samples from the Ranthambore Tiger Reserve, had the least genetic variation of all. The cluster from central India, on the other hand, showed higher variation. The researchers attribute this observation to many inter-connected protected areas within central India.

The researchers have pointed out that stepping stone corridors-forest areas where protection is ensured are the best way to maintain connectivity between TCLs.

According to sources in NTCA, 76 tigers died in the country in 2017 but 14 were cases of poaching.

So the protection offered to India’s national animal needs to move beyond tiger reserves, not just to increase the number of big cats, but to save a variety of other wild animals as well.