Sex it up: Celibate marriages

A human being has a biological need for procreation of the species. In some cases this need is not developed as it should be. 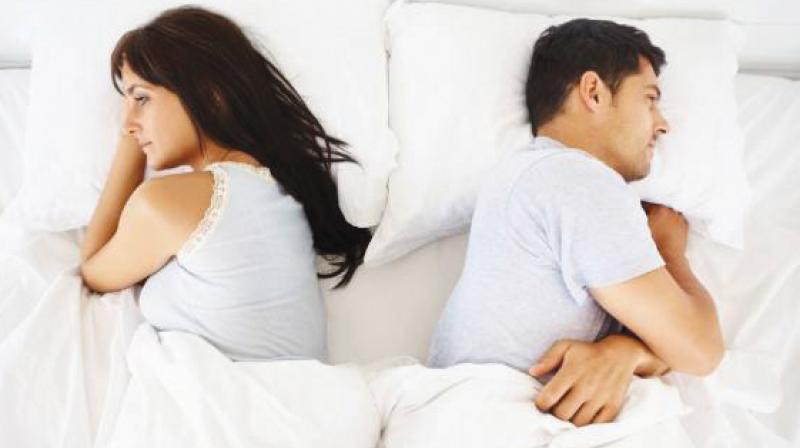 There are no studies done to document what percentage of married couples are celibate.

Ten years ago Suhaila and Peter (names changed) fell in love. They got married and hoped for what all married couples do, a happy life together. But strangely, though they are still together and comfortable with each other, there is one big thing missing from their marriage — sex.

Some newly married couples do face problems consummating their marriage on account of inexperience. Suhaila and Peter sought the help of a doctor. But the problem was deeper. “I just could not get myself to have sex with my husband. I love him, but despite several trials I just could not do it,” says Suhaila.

Marriage and celibacy just don’t go together. But from their experience it seems like it can. For 10 years now. Six years after marriage the couple graduated to the next step in most marriages: a baby.

They wanted a child and were not deterred by their inability to have sex. They saw a doctor who helped them with artificial insemination.

They have a son who is now four years old. Suhaila is very happy. Peter has his ‘needs’ and finds opportunities outside the marriage. Though Suhaila finds it hard to believe it, she does suspect. “After all he is a man and must have his needs.”

Dr Sunita Tandulwadkar, who specialises in infertility, says, “I do see some patients like this who do not or cannot have sex and yet want a baby. They come to me for artificial insemination or test tube baby where the baby is conceived outside the uterus. One reason for this unusual behaviour is vaginismus that affects a woman’s ability to have not only penetrative sex but also insertion of any kind, even tampons. In fact, it is very hard to even do a gynaecological examination for such women. There are some muscles that contract naturally like when your eyelids shut when something comes near your eye. These women’s vaginal muscles simply shut down when penetration is tried. It is also very painful for them.

“The other reason is erectile dysfunction where the man cannot have an erection, making sex impossible.”

Dr Tandulwadkar sees about one or two such patients a month who come to her to have a baby because they have not been able to have sex.

Physical inability is not the only reason sex does not happen in celibate marriages. Dr Suparna Telang is a sexual medicine psychiatrist. She says that “mostly in celibate marriages there is a lack of desire for sex. A human being has a biological need for survival, which is to eat, and a biological need for procreation of the species. In some cases this need is not developed as it should be.”

She says sex is a “learned behaviour with a lot of social, familial and even financial influences.” So the desire for sex can be impacted in many ways.

“Let’s say a family views sex as bad. Or let’s say a young girl may be busy playing with her toys and friends and may not even notice the opposite sex in the way she should. In addition to this, sex is viewed as a bad thing. So her desires are met by other activities. And she grows up without the need for sex. The same goes for young boys too.”

Children are also influenced by those around them. “It may be in the way their parents displayed affection towards each other. Or maybe a movie star and the way he or she played romantic roles. Each person has a role model that helps him or her build the desire. Sexless couples often do not have the basic desire. In addition, physical attraction plays a major role in the desire for sex.”

Dr Tandulwadkar says, “Our culture does not allow or is not very supportive of divorce. So they continue to stay in the marriage. In fact I’ve seen many who are quite happy being friends. They have babies and that keeps them together.”

Dr Telang feels “it is the need for security, financial, societal, that keeps these couples together. If both are not interested in sex or both have low or no desire for sex, then it works out fine. They remain in their sexless marriage deriving the much needed security. It is when one has a normal desire and the other does not, that divorce happens.”

In the past, marriages had rituals that helped create and explain what sex meant. Says Dr Telang, “There used to be a ritual called raas snan where the boy and girl were given a ‘bath’ together. They applied haldi to each other and this form of touching, albeit in the presence of elders, gave them an idea of what marriage would be like. Or a woman was to hold a piece of clove in her mouth and the man was supposed to take it away with his mouth. This introduced them to the act of kissing. But all these rituals have been abandoned. Now we have Google who tells you what to do. But the problem is that theoretical knowledge is very different form practical knowledge.”

Though there are no studies done to document what percentage of married couples are celibate, Dr Telang feels there is an urgent need to do this.

“I wish someone would document this. All the patients I get are the ones who have problems with sex. So it would not give a correct picture. But this needs to be studied.”

I do see some patients like this who do not or cannot have sex and yet want a baby. They come to me for artificial insemination or test tube baby where the baby is conceived outside the uterus.
Dr Sunita Tandulwadkar

it is the need for security, financial, societal, that keeps these couples together. It is when one has a normal desire and the other does not, that divorce happens
Dr Suparna Telang