Runversation: A heart for the Ironman race

Kaustubh Radkar is the poster boy of Ironman in India. Having begun his triathlon journey when the sport was unheard of in India. 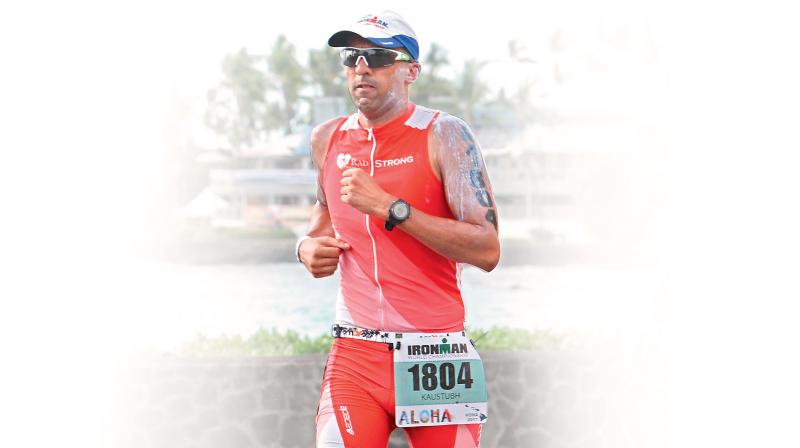 Kaustubh is today one of India’s few Ironman coaches.

Long live the internal fight with self as it’s the only fight that will ever matter. Get up and get back in the game with a big fat smile on your face!

In the year 1978, US Navy Officer John Collins, during an awards banquet for a relay race in Hawaii, conceived a plan to combine the three sports of swimming, cycling and running to come up with the winner. Such a race was announced and the winner would be crowned the “Ironman”.

At the end of the race, 12 Ironmen were born, having completed the race. Fast forward 40 years, Ironman remains the world’s most difficult single-day athletic endurance event.

The triathlon is chugging towards its apex, a sport bigger and better than it’s ever been. India hasn’t produced too many well-known for athletics, and in endurance sports such as the triathlon, Indian athletes remain vastly under-represented.

Kaustubh Radkar is the poster boy of Ironman in India. Having begun his triathlon journey when the sport was unheard of in India, he now has the highest number of Ironman finishes, including his recent Kona Ironman, the revered Ironman crown.

About his journey, he says, “In 2005, while doing a medicine internship in the US, I came across an ad looking for a swimmer as part of a triathlon relay.  I thought it would be fun to do the 1,500 metres swim. That was my introduction to the triathlon.

“For the Ironman, however, it was late 2007 when I took the plunge.  At that point I didn’t see any Indian who had finished an Ironman so I took that up as a challenge — to finish one in 2008. I signed up for my first race and in November finished Ironman Arizona.  From that point on it stuck, and now it’s an addiction.”

Kaustubh is today one of India’s few Ironman coaches. On his shift to full-time coaching, he says, “I always wanted to do something with sports as it was a big passion for me growing up. When I moved to India in 2013, I saw there weren’t too many qualified coaches — actually, none for triathlon.  As I started to get more clients, I thought this could be a really good life — making your passion your purpose.”

He says it was “one of the best decisions I have made in my life and one that I hope to continue to craft into the future”.

Wouldn’t it be nice if each of us were given a GPS programmed with the destination — your purpose for coming into this world? Then you would know the exact turns to make and when you are on or off course.

Passion and purpose go hand-in-hand, so do what brings you joy and in no time you will be making a difference while also living the life you love.