Sanjay Gandhi National Park in Mumbai has the highest density of leopards when compared to all other places in the world. 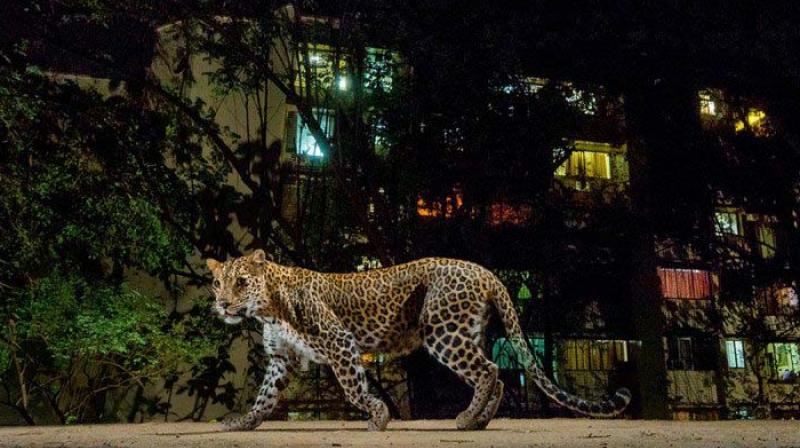 My extensive research and three years filming with National Geographic TV series and BBC has shown the best of adaptability by leopards in human dominated landscapes.

Like it or not, leopards are now a core part of suburban Mumbai. As many as 41 leopards have been recently documented as venturing into the natural forest of Mumbai, the Sanjay Gandhi National Park (SGNP).

Although there has been a long history of leopards roaming in and around the SGNP, since 2017, there have been quite a few reports on the big cats entering into populated areas in the corners of the city.

The SGNP is not only one of the largest urban protected forests but also has the highest density of leopards when compared to all other places in the world. These felines have adapted well and are thriving in urban environments.

My extensive research and three years filming with National Geographic TV series and BBC has shown the best of adaptability by leopards in human dominated landscapes. The latest study published in Frontiers in Ecology and Environment has examined the merits due to the presence of these leopards for the residents in Mumbai, suggesting that by preying on stray dogs, leopards reduce the number of people bitten by dogs, the risk of rabies transmission, and the costs associated with dog sterilisation and management.

It is always interesting and important to have a detailed analysis on the collateral benefits of leopards in SGNP or other predators, providing health benefits. However, as an eager leopard conservationist, it is difficult for me to concur with the study for the reason that there is no scientific basis for the claim. No leopard can be at par with scavengers like vultures. To have a better understanding on the suggested role of leopards in reducing the dog population, we have to know the population of stray dogs in Mumbai-Thane and cases of dog bites reported in the entire region, not just those areas abutting the national park.

But most importantly, there needs to be a detail analysis on the cases of rabies detected from dogs staying in and around SGNP and the number of dogs taken by the leopards in the national park. It could also be noted that a 2015 study by the Wildlife Institute of India’s (WII) Nikit Surve showed that the biomass contribution of dogs to the diet of leopards has declined and wild prey comprised 57 per cent of leopards’ diet.

A major portion of leopard population can be traced in the adjacent Aarey Milk Colony that houses 27 Adivasi padas. One light conversation with the tribals will enlighten you that they have embraced the presence of leopards in the area. In fact it finds a space in the Warli paintings in a few hamlets. Even as SGNP witnessed no incidents of human-leopard conflicts since 2013, incidents of conflicts were reported in the past in the national park and continue to be reported in the human settlements at its periphery, especially Aarey Colony. The attacks can be attributed to mistaken identities.

Human encroachments on the peripheries of the park have no toilet facilities and they use forested areas for relieving themselves. A squatting person or a small baby is in eye-level contact with the leopard and it mistakes them for its prey like monkey, pig, goat, and dog.

Ongoing education awareness camps are being conducted since 2005 for local people and tribals prone to conflicts on the leopard’s behaviour and do’s and don’ts to avert leopard attacks which have in turn helped reduce conflicts. It can be said that here is a well-trained and well-equipped rescue team in SGNP and they have tackled conflicts and crisis in the past successfully. Coordination of Forest Department officials with stakeholders such as police, media, and public representative have been helping in better management efforts of these magnificent cats in the city.

(The author is a Mumbai-based wildlife researcher and conservationist)