The great divide: Murder of the fourth estate

What is even more disturbing is the sheer disinterest that such incidents receive from the public and administration. 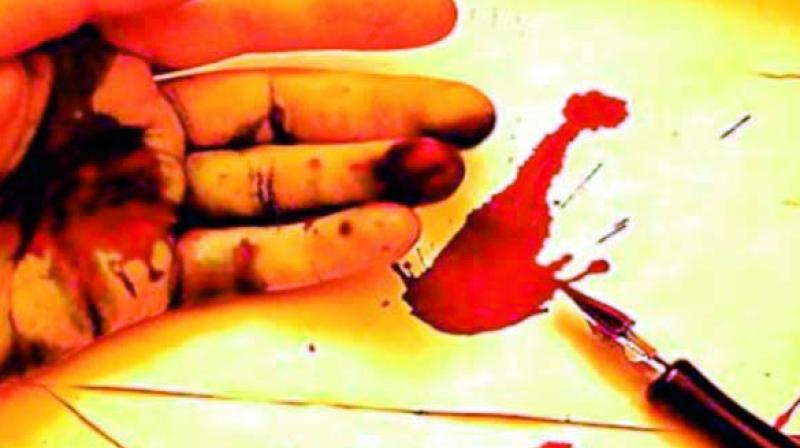 However, it seems like the regional reporters don’t get the support from their own peers.

Attacks on journalists in India have increased, but people don’t take these incidents seriously. If the fourth estate is muzzled, the future of democracy is threatened.

Journalists from regional media reporting on politics, crime and corruption are more vulnerable to attacks by local mafia and anti-social elements.

Attacks on journalists in the country — 189 registered cases between 2014 and 2016 — should make us sit up and take notice for these hint at a dangerous desire on the part of criminal elements to muzzle the only voice that exposes their wrong-doing. Political killings of journalists too are on the rise and are symptoms of an even deeper malaise.

Journalist Sandeep Sharma from Madhya Pradesh and Navin Nischal and Vijay Singh from Bihar are recent victims of this tendency to bump off inconvenient journalists. Sharma was investigating the nexus between police officers and the sand mafia and Nishal and Singh were allegedly mowed down by a vehicle driven by a former village chief who had a grudge against the two for their reports against him.

What is even more disturbing is the sheer disinterest that such incidents receive from the public and administration. Killings of journalists in small towns is much more widespread but attracts less attention, while the murder of, say, Gauri Lankesh, editor of the well known journal Lankesh Patrike, in Bengaluru, produced widespread condemnation, protests and calls for action against the killers.

While it is true that the media focuses much more on high-profile killings than on those from the regional press, the attacks on all journalists must be strongly condemned and their perpetrators found and punished.

Hindol Sengupta wrote in an opinion piece published in the online portal, Medium, contrasting the response of the media fraternity to the recent killing of Gauri Lankesh and the murder of Jagendra Singh, a journalist in UP who was burnt alive in 2015. “Both (Gauri Lankesh and Jagendra Singh) were furious critics of politicians — Lankesh of the incumbent national government of India and Singh of the government in the state of Uttar Pradesh at that time. But there were some critical differences. Singh was not effortlessly bilingual like Lankesh. He did not write in English. He had not trained or worked in Delhi. Nor did he have a network of extensive friendships in the top echelons of Indian journalism and political commentary in Delhi.”

Paranjoy Guha Thakurta, a seasoned journalist and president of the Foundation for Media Professionals, says, “Unfortunately India is becoming an increasingly dangerous place for journalists, especially those who uncover criminals and expose corrupt people. Journalists who work in rural areas are even more vulnerable in terms of physical attacks on them. Moreover, the authorities concerned in small towns are not prompt enough to take action against the perpetrators.”

“Although I don’t agree completely that the killings of regional reporters go completely unnoticed, I have to say that the work that a regional journalist does is a bit more risky than that of a city-based journalist,” says Rizwan Ahmad Siddique, editor-in-chief, New World, Bhopal. He was the boss of the late journalist Sandeep Sharma.

However, it seems like the regional reporters don’t get the support from their own peers. Hartosh Singh Bal, political editor of Caravan magazine shed some light on the matter.

“Reporters from regional media and publications in smaller cities are more prone to attacks from local mafia and anti-social elements. They hardly get support from their colleagues and peers, let alone other publications. In such a scenario, it is the responsibility of the media as a whole, to highlight such attacks, pursue them till the truth is out,” said Mr Bal.

Pramod Mukesh, resident editor, Dainik Bhaskar, Patna, adds, “It is a very unfortunate incident for us. But I think the reason why the national media paid any attention to Navin Nischal and Vijay Singh is because we at Dainik Bhaskar kept doing follow-up stories after the incident. However, this doesn’t happen often and hence such incidents go unnoticed. In fact many regional newspapers here, too, made small news about Navin and Vijay, and did not do any follow up stories.” He added that many times to suppress the uproar, the local administration even tries to criminalise the journalists, and thus when they complain of threats no one pays heed to them.

(With inputs from Sonali Telang, Mumbai)