Email lives in a different world today as various devices have overtaken the old desktops and laptops as the primary source of access to the internet. 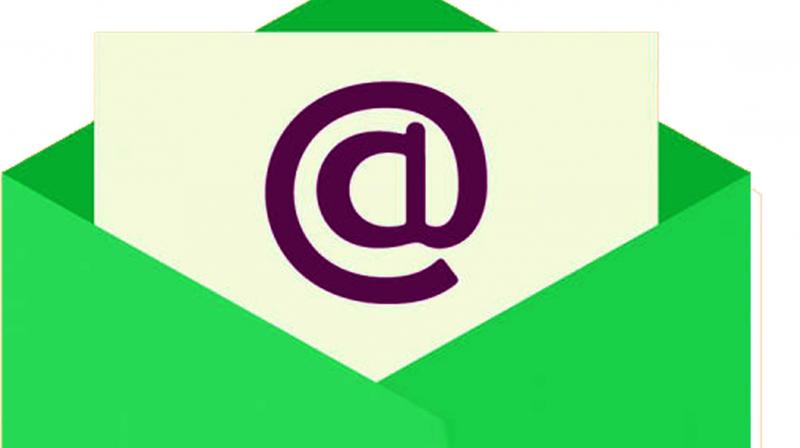 A study of emails reveals that 3.7 billion people use it on the planet sending 269 billion emails every day and possibly a few from the international space station as well.

The delightful French saying Plus ça change, plus c’est la même chose says it all. With email, the more things change, the more they remain the same. Over the last four decades, the basic email has been through several changes but the drab home page listing mails in chronological order (unless, of course, the user changes that), still attracts the eye. The sense of curiosity of who has ‘mailed’ regarding what is never satisfied until the eye rolls over all the little windows.

Email lives in a different world today as various devices have overtaken the old desktops and laptops as the primary source of access to the internet. Even so, a glance at the mail app on the phone is inevitable, even if the number of visits don't match the number of times WhatsApp is opened in a day.

A study of emails reveals that 3.7 billion people use it on the planet sending 269 billion emails every day and possibly a few from the international space station as well.

It’s not as if attempts were not made to kill email as technology went through generations of changes. AoL instant messenger may have been guilty of the first strike at email. Then came MySpace, Facebook, Symphony, WhatsApp, and HipChat, even as the Gmail provider Google joined the trend in adding Hangouts. But no app or programme has managed to quite do the slaying act on the old favourite of modern communications.

A gentleman from Tamil Nadu says he invented the term “email” along with a ‘sorting office’ like the Inbox, the Outbox and so on. The claim is hotly contested in Silicon Valley. But, then, we know that the very raison d’etre of the original ARPANET (Advanced Research Pro-jects Agency Network, an early packet switching network and the first network to implement the protocol suite TCP/IP) was for military communication, which then evolved into the Inter-net as we have known it for decades.

The beauty of it all, at a time when serious arguments are cropping up over net neutrality, is that email has always been an open standard. No one ever owned the protocol used to send email or the POP and IMAP standards used to check it. There is no exclusivity to it and you didn’t have to belong to one email service in order to send or receive mails. Much like a distinctive mobile number, an email account is a mark of identity. This is like the old global mail system, but one which does not even need a stamp to send the mail, merely an email account and an internet connection or mobile phone with access to the net.

Maybe it is the stunning brilliance of a universal mailing system that seamlessly moved to wherever in the world the user resides, or is travelling to, that has enabled email to remain the world’s most used communication system, even if second to mobile phone now.

The greatest convenience is that email gets the work done and it doesn’t really overwhelm, unlike the communication and social media platform apps in which everyone in the group is bombarded with messages leading to the famous syndrome of compulsive phone-checking every few minutes.

There are issues with emails. First, the security of emails is far more suspect, the weak links in its architecture making it vulnerable. And then there is spam mail that tries to sell you everything, including a longer penis or larger breasts. But then marketing gimmicks are not unknown in the world of the mobile SMS either. They are trying to make mailing an even better with artificial intelligence suggesting replies suitable to the subject matter received in the mail. Pro forma replies may come with a touch of danger but then we are not yet so robotic as to hit an option just because it is there.

Email’s clients are working overtime to try and improve all aspects of how we address our mail boxes. Inboxes are getting tidier, even smarter in prioritising mail. While Gmail with about 1.2 billion users is the world leader now, the mobile experience in Outlook has improved by leaps and bounds. Yahoo mail is hanging in there, while the pioneering Hotmail disappeared, to be subsumed in Outlook. While it is appreciated that email providers are sweating day and night to improve the experience, the stunning simplicity of email remains its greatest charm. The thought is email ain’t broken and so there is no need to fix it. The very fact that people still say “Can you send me a soft copy” proves the point.