Run to excel, run for a cause 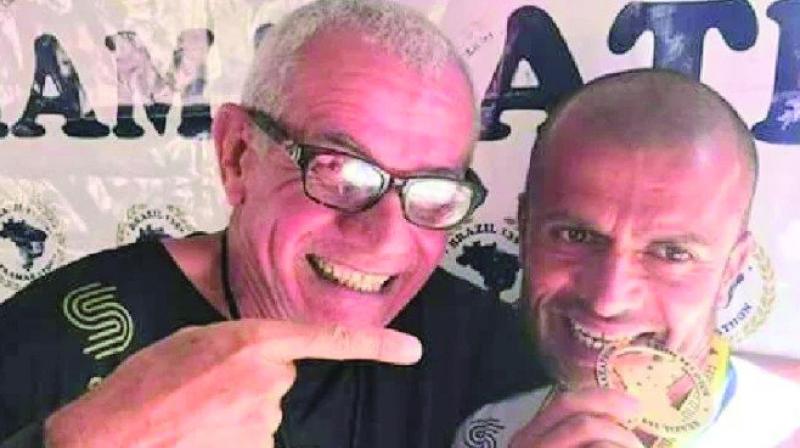 The feather in Sunil Sharma’s cap is Brazil Ultra Marathon, an international series of races held in exotic locations under extreme conditions.

The film Continental Divide disappeared without a trace after it was released some 30 years ago despite having a good script and a thought-provoking question it urged one to ask when confronted with a problem: “Am I pleased or frightened?” When confronted with a tough situation, what should we do? The answer: Embrace it.  Expect the occasional rough patch, but essentially keep calm and carry on. There are lessons in life to be learnt from almost everything.

Sunil Sharma learnt those lessons well. And he learnt them through sports.

Sunil comes from a humble background and grew up in a tiny village near Chandigarh. He was a great fan of cricket and martial arts. Neither gave him the opportunity he was looking for to chase his passion of working towards a cause through sports and so he lost interest and decided to look elsewhere.

He shifted his focus to athletics and came first in a short distance run at school for which he won an award of two rupees! But later, in a college cross-country run, he won a gold medal. Sensing an opportunity in running, he pursued it with great passion and love.

“I always wanted to excel in sports and combine my love for sports with a social cause that I care deeply about,” he says. “I have run solo distances of over 100 km, to promote anti-drug causes, education for the girl child etc. I have donated blood 18 times so far. I have run to raise money for kidney transplantation of my relative. I saw a real way to utilise my abilities.”

The feather in his  cap is the recently completed BR 135+ (Brazil Ultra Marathon 217 km or 135 miles), an international series of 135-mile races held in exotic locations under extreme conditions.

Sunil is one of the few Indians to have completed this race, where the course winds uphill or downhill for 92 per cent of the time. It is considered the most difficult foot race in Brazil, run on the hardest and most challenging Brazilian pilgrimage path called Path of Faith.

Sunil has now set his sights on bigger challenges. “I am aiming to represent India at the World Trail Running in Spain this year and want to earn a gold medal for the country. Through my running, I want to appeal to the youth of India, to give up drug abuse and spend those energies on improving their health. I am passionate about various causes and will do whatever it takes to do my bit,” says this runner with a cause.

Running is not just a healthy, endorphin-boosting exercise for someone like Sunil. It has given him a sense of empowerment and accomplishment and it has also been a means of helping others.