Studies by scientists have shown in many ways that forced activation of ‘memory engram cells’ can result in recall of the memory. 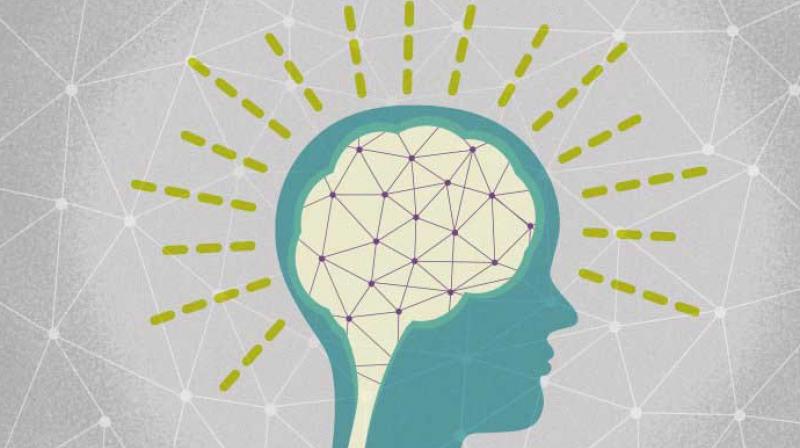 Ground-breaking studies in mice have shown that engram cells encoding a memory can actually be identified.

Never memorise something that you can look up —Albert Einstein

Dr Albert Einstein evidently looked up his phone book when colleagues asked him for his phone number; it puzzled them that such a genius had not memorised it.

Reminiscences about anything —one’s days as a student, or a chance conversation with a celeb, to a fiery exchange of expletives with a belligerent cab driver in the midst of a traffic pileup — are stored in the brain’s archives and can be recalled years later. This ability has been explained by Prof. Mani Ramaswami, Adjunct Professor at the National Centre for Biological Sciences (NCBS), Bengaluru, and his colleagues at the University of Oxford.

A vast body of work by neuroscientists has shown that perceptions are encoded in the brain as the activity of groups of neurons:  Thus, forced activation of brain cells that encode sound can make animals “hear” sounds even if there is none in the external world. Indeed, several people who suffer seizures report hearing loud noises before they collapse. Similarly, memories are encoded in the brain as connected groups of neurons: If you heard certain songs when you were in school, then neurons that encode these songs become connected to groups of neurons that encode the school, to create a newly-connected group of cells that can be called a “memory engram”. It has been shown in many ways that forced activation of engram cells can result in recall of the memory.

Prof. Mani Ramaswami and his colleagues have explained the factors that drive activation of engrams, kept under tight control by the brain, and used only when needed.

“While we are capable of perceiving the smell of flowers we walk past every day, the blue sky above, or the sound of traffic on the road, we usually do not notice these familiar things unless we choose to attend to them. This phenomenon is referred to as ‘behavioural habituation’. Similarly, we are capable of recalling conversations with old school friends, a movie we saw last year, or even a sad event from a few years ago — but we usually do not, unless we choose to recall these memories.  This is a phenomenon that is called ‘latent memory’,” says Prof. Ramaswami.

Groundbreaking studies in mice have shown that engram cells encoding a memory can actually be identified. The memory of an unpleasant event — a shock to the foot — forcibly triggered these cells in the mouse, causing the poor mouse to remember the associated event even when there was no foot shock!

A key fact is that the brain contains both excitatory neurons that stimulate other cells, and inhibitory neurons that silence them. Prof. Ramaswami said defects in inhibitory engrams can explain many common features of psychological distress or psychiatric conditions. For instance, if a traumatic memory cannot be masked by an inhibitory engram, then it would be continuously active in a manner observed in post-traumatic stress disorders.

Similarly, if one keeps responding strongly to familiar sensations, events and places, then the brain would be hyper-stimulated, resulting in difficulty in concentrating and learning as often observed in individuals on the autism spectrum.

The new theory of inhibitory engrams not only potentially explains the mysterious process of habituation and latent memory, but also suggests specific mechanisms and management strategies for such psychiatric disorders.