Wonder drug: Everyday pill could be elixir of life

This is the first time the Food and Drug Administration has cleared the testing of such a drug. 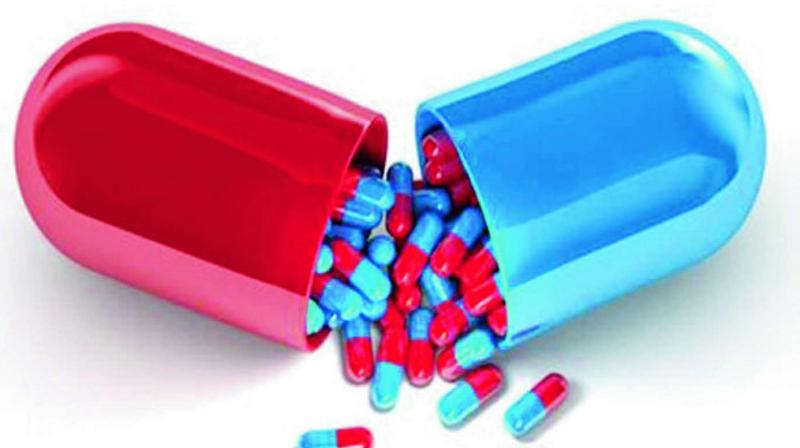 The point to ponder is whether this is an attempt by the super-wealthy to extend their own lives.

Metformin may be the answer to the elixir of long life for the common man. While expensive research is being pursued, those hoping to benefit first will be the billionaires who fund such research.

The humble drug Metformin may well be the elixir of life. It emerges that the common pill, costing less than Rs 10 a day, which is prescribed for controlling blood sugar levels in diabetics, is being tested to evaluate its anti-ageing properties.

This is the first time the Food and Drug Administration has cleared the testing of such a drug.  Imagine being able to drink from the mythical fountain of youth for a sum of money that anyone can afford!

Dr Nir Barzilai from the Albert Einstein College of Medicine in the Bronx in New York is thrilled with the idea as he leads the study called Targeting Aging with Metformin (TAME). That should come with a rider, though. Big Pharma is not ready to fund his study. Even branded Metformin, like Glucophage or X-Met, does nothing for a  pharma company’s bottom line.

Contrast this search for a cheap and common drug that could benefit all — the poor man’s all-rounder pill as it were — to the scenario in which billions of dollars have been made available by the tech titans of Silicon Valley to life-extension research. Once confined to the peripherals of mainstream science because it seemed too much like sci-fi, the hunt for therapies to dodge Lord Yama by a few meaningful years stretches way beyond the fanciful. The search is on for methods to grow organs from human DNA, to infuse older bodies with youthful stem cells, and to connect computers to brains with implanted chips, which are the neural prostheses of the New Age.

The point to ponder is whether this is an attempt by the super-wealthy to extend their own lives. It is their money and they can afford it. Even then, would it not be in their interest to send a few million dollars in the direction of Dr Barzalai’s TAME research so all of humanity may take a shot at living into their 110s or 120s, that too in healthy, disease-free conditions, rather than being crippled with age-related syndromes and aged bodies?

The drug has been around for centuries, prescribed first as herbal extract from the French lilac, and now in its modern compound form as Metformin Hydrochloride it has been around since 1958 in the UK. Research showed that diabetics on Metformin tended to be healthier in many ways — living longer with fewer cardiovascular complications, having less chance of suffering from cancer, Alzheimer’s or dementia. As a user of Metformin for over a decade, in combination with the other more modern gliptin or gliflozin class of medicines, I may have reason to believe I have fared better as a person living with the diabetic condition. But then, of course, there are a huge number of physical and mental factors that affect health and the ageing process.

The psychologist Dr Raman says, “Increasing the life span of a person can give a life free from physical illnesses, but an extended life would also extend the mental issues like stress and depression that one goes through in his lifetime. The mental illnesses will not be addressed with the help of such drugs.”

The sociologist S. Sudarshan comes in with his interpretation of people ageing in a competitive environment. He says, “In this scenario of competition, every individual wants to achieve more till death stops him/her. No one wants to waste even a second in this globalised era as they have the pressure of achieving more, financially and socially. If any drug is capable of extending the life span indefinitely, individual’s dependency on the drug would surge and healthy food practices and lifestyle would decrease.”

The aim of anti-ageing drugs, according to Dr Barzilai, isn’t immortality as much as what he calls a health span — the years of healthy, disease-free living before the diseases of ageing set in. As we age, the likelihood of a cataclysmic event like cancer, heart disease or Alzheimer’s increases, which is why it has become important from the scientific point of view to target ageing itself. “We’re not going to prevent every disease in the world, but we can target this risk factor of ageing,” Dr Barzilai has said.

Says geriatrician Dr G.S. Shanti, “Advancements in science have provided us anti-ageing drugs for skin, muscles and cells. These can prevent the damage to cells and delay the ageing process for a definite period. Life expectancy has been increased after various advancements. Use of Metformin for increased life span can be one such development in the field of medicine.”

Renowned diabetologist Dr V. Mohan says, “Though Metformin is prescribed for diabetic patients, it has various other benefits against inflammatory diseases, irregular menstrual cycle, and cardiac diseases. Metformin trials have seen positive developments when used against cancer, as it slows down the growth of cells. This suggests it can also work against ageing and lead to extended illness-free life term.”

It is only right then that we cheer Dr Barzilai on as he fights for us commoners even as Big Pharma aims at those who can afford expensive medicines, and billionaires look for the holy grail of life extension in DNA, stem cells, genomics and life’s master clock, while eugenics probably lies a few decades away. The mission to uncover how time is encoded in our biology goes on.

With contribution by Shweta Tripathi