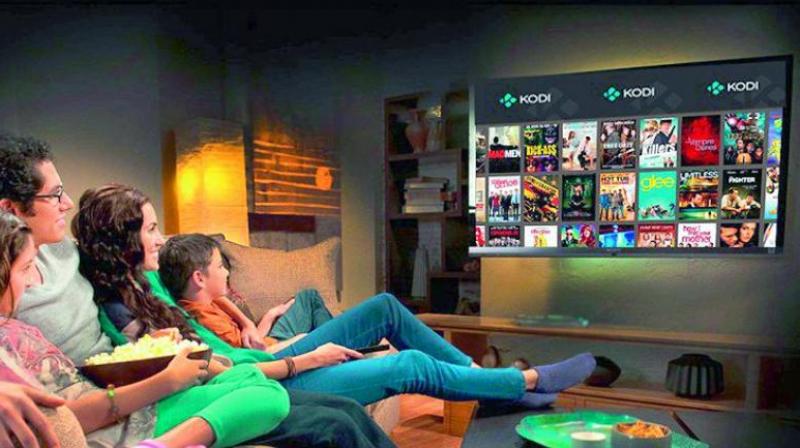 The newbies like Netflix and Amazon have caught on to this quickly and are producing quality films with small artistes.

When did you last visit a multiplex to watch a movie? Is the parking fee, the price of popcorn and snacks, plus the cost of tickets burning holes in your pocket which is inhibiting the age old habit of living your dreams on the big silver screen? Wait. There could be a more modern reason for this incipient aversion to drive to the mall and catch the latest flick on a deluxe screen. And that is to do with the new love for online streaming in India.  The sheer convenience of it tickles the imagination even as it weakens the resolve to grapple with the traffic and the parking hassles on the way to the screen.

As more and more Indians are subscribing to Netflix and Amazon Prime to watch a plethora of content that cannot be viewed in an average person’s life span, online streaming is set to overtake the attractions of a cinema hall. Such sophisticated streaming services as YouTube and Hotstar, with loads of India-specific content, can also be conveniently viewed on smartphones which means more Indians are now enjoying the choice of lolling at home on the couch and watching a movie or a television serial in solitary splendour or with family and friends, beer in one hand and a tub of designer popcorn in the other, or switching on the app in their phones and bringing in instant entertainment.

And which option would they prefer? Industry analysts are projecting online streaming revenues to be overtaking the world’s biggest entertainment industry of all the ‘woods’ - from Bollywood to Kollywood – even by 2020. In just two years, digital streaming is projected to earn `3,000 crore more than the film industry’s hefty `19,200 crore, as estimated by EY and FICCI.

The magic of cinema will still prove attractive to many – the inviting smell of popcorn machines, designer seating and above all, the romantic hours to be snatched from an otherwise busy life with wife or girlfriend, or should we just say friend in today’s neutral gender world! But online will be taking over all this.

The number of moviegoers has been declining at least since 2015, according to another research report noting the drop in top chains such as PVR and Inox. The year 2017 was, however, exceptional as hits like Bahubali and Dangal brought the audience back to the screens. But then, a chain of controversies surrounding the release of movies like Padmaavat may not have helped reign in the sentiment. Many theatres also suffered damage at the hands of vandals taking advantage of the situation brought about by opposition to the movies.

The greater threat is, of course, of piracy and that is something moviemakers have been unable to stave off despite their best efforts to galvanise action against the pirates. Beyond that, people are viewing videos online, thanks to more reliable connectivity coming to mobile phones even as charges for data access on the internet came down drastically in the wake of Jio disrupting the telecom industry by dropping prices in a dramatic style. Over 250 million people viewed videos online in 2017, which is a growth of 64 per cent according to an Ernst & Young study. Reliance, through Big Synergy, is expected to disrupt the video watching market too by getting into presenting content.

Entertainment, through online streaming, not only represented a revolution in the way the world watched movies, serials and documentaries, but also these streaming companies began generating local content for India. This may have shaken up the television movie channels which have been regurgitating movies for years on end, presenting popular old movies at endless periodicity, over and over again. These channels are also changing qualitatively, which means the filmmakers are getting hit more and more from different directions, all of them leading inevitably towards bringing down footfalls at the screens.

This may appear to be a Doomsday scenario for the big screen, but much of it could be its own creation as the industry is still warped in the star syndrome, paying impossible fees to major actors and attempting to hijack thousands of screens for a couple of weeks to get back investment quickly as movies don’t run for as long a time as in earlier eras.

The newbies like Netflix and Amazon have caught on to this quickly and are producing quality films with small artistes. The game is changing so fast now that the traditional studio industry seems to have less of a future in any projected scenario for the entertainment channels of the future.

With the theatres being shut or recycling old classics due to a major film strike in South India, over fees charged by Digital Service Providers as Virtual Print Fee, there is even more reason for movie buffs to go online.

If over-the-top media streaming services are somewhat expensive today, they may soon have to get down to competing with the DTH and cable services to keep their clientele.

The audience taste is moving towards fresh content as India’s demographics kicks in with relation to this segment as well.

The magic of cinema on the big screen may soon be just a nostalgic memory triggered by the smell of butter in the popcorn, that is if the dream merchants don’t change and place quality above quantity and good cinema over pulp.