Immigration: Strange twist to ‘When in Rome...’ is hurting Indians in UK, Europe

THE ASIAN AGE. | U SUDHAKAR REDDY

Illegal immigrants from Bangladesh and Pakistan are passing off as Indians in Europe and the UK. 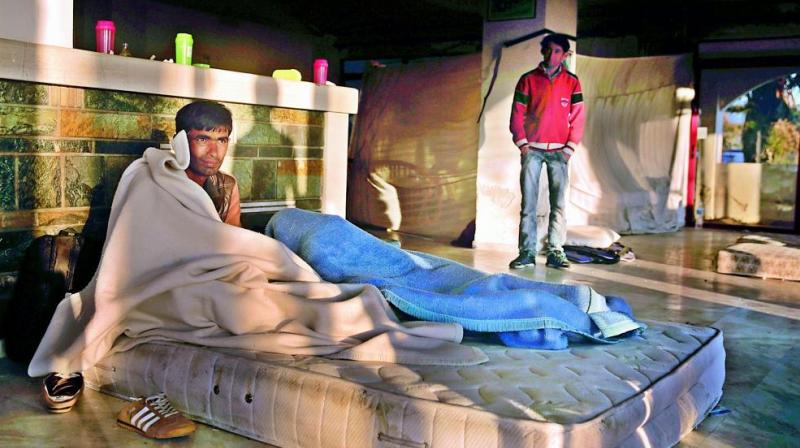 Illegal immigrants: There is a particularly massive influx of Bangladeshis in Europe. They come in through Libya into Italy.

The Westminster Bridge attack, the Manchester Arena bombing and the most recent London Bridge terror strike in a radically charged United Kingdom have widened the gulf between the native population and immigrants and also between religions. The reports of the return of around 400 to 500 British-origin ISIS fighters from Syria to the UK has created a feeling of insecurity on the streets and the fallout of this is mounting suspicion of immigrants in residential neighbourhoods and workplaces, too.

During my recent two-month stay in the UK and a week’s trip to Paris and Rome, I realised that the hot debate in the run-up to the UK general election on June 9 was not only about immigration in general, but also about the "mass illegal human trafficking" from Bangladesh, Pakistan and African countries, posing as Syrian and Libyan refugees. There is a particularly massive influx of Bangladeshis looking for employment in Europe who are taking the Libya route. The streets of Rome are filled with illegal Bangladeshi immigrants selling cheap China-made products, ranging from selfie-sticks to souvenirs. The Bangladeshi immigrant presence is so strong that even at the entrance to the Vatican City they can be found selling souvenirs.

A Bangladeshi dressed as an Indian sadhu in saffron was demonstrating his ability to levitate (with the help of a concealed iron rod) and making money.  One of these illegal Bangladeshi immigrants I met on the streets of Rome told me: "We used to fly from Dhaka to Dubai earlier and from there to African countries like Sudan. With increased restrictions in Dubai, we are flying to African countries and taking the land route and crossing each border by paying bribes with the help of agents. The agents collect vast sums ranging from 10 lakh takas to 12 lakh takas. We reach Libya finally and from there take a ship to cross the Mediterranean Sea to reach Venice, Rome and other cities in Italy."

Illegal immigrants prefer Italy as the point of entry because the country has a soft approach towards immigrants. "The police here chase us on the streets, but they don’t ill-treat us. They take our fingerprints and release us. If we are able to survive here for two to three years, we will get our kagaaz (documents). With these papers, we will get permits to go to the UK, France and Germany. There are no jobs in Italy. It’s just a safe passage to other European destinations. After we are settled, we will get our women and children in the same way. Many of us die en route," said one immigrant.

The mainly white population in the UK or Paris or Rome can’t differentiate between Indian tourists, Indian IT employees and the illegal immigrants from Bangladesh. This leads to the new ‘mistaken identity crisis’ for Indian immigrants and tourists. Most non-vegetarian ‘Indian’ restaurants in UK and Europe are actually run by Bangladeshis and Pakistanis, with the entire staff from the same countries. While there is no illegal migration of Indians to the UK and Europe, there is a massive influx of tourists to these countries, as well as IT white collar employees who live there.

While Brexit — the UK’s breaking away from the European Union voted for in a referendum last year —  is a clear indication that Britons are against immigration from the less well-off EU countries, strong resentment has also built up against non-EU immigration, including from Asia, and most particularly from Muslim countries. There appears to be an urge not only among Indians in general but among Hindu immigrants in particular to have a separate identity as they often face racist remarks and hostility on the streets. In an interesting debate I attended, a senior journalist of Indian origin working in a UK newspaper told a Pakistani-born woman politician that she (the journalist), as a Hindu, had a different identity from the politician.