Since changes in the brain begin long before the first signs of memory loss, catching the risk for AD at early stages could well be the key. 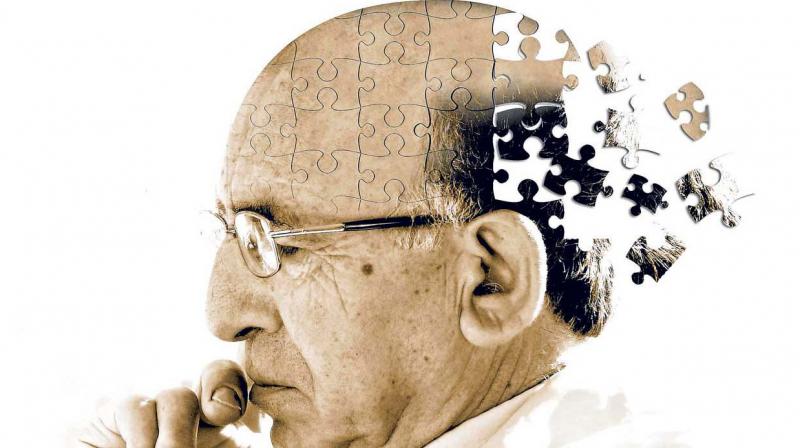 This research endeavour could usher in hope for many who have time on their side as early diagnosis would help make their life better. It would also help decrease the anxiety among the kin of senior citizens and the caregivers.

The number of persons with dementia double every five years, and India has one of the largest numbers of senior citizens facing the troubles associated with this disease.  With more than five million already affected with dementia, the number could double by 2030, increasing the burden on caregivers.

Despite being a common disease of the aged, the cause of Alzheimers disease (AD) is not completely known. Microscopic changes in the brain due to genetic and environmental factors have been linked to the disease.

AD is diagnosed by a trained clinician following a thorough assessment of the patient. Memory problems such as consistent forgetfulness is typically one of the first signs of cognitive impairment. A decline could also be noticed in non-memory cognitive aspects such as impairment in visuo-spatial abilities, language problems, troubles in reasoning, problem solving and decision making. These eventually progress to increased memory loss and confusion, problems in recognising family and friends, difficulty in carrying out day-to-day activities, thereby increasing the responsibilities of caregivers.

Since changes in the brain begin long before the first signs of memory loss, catching the risk for AD at early stages could well be the key. Clinical examination alone will not be sufficient to identify these risk factors. Therefore, biochemical tests, imaging techniques such as magnetic resonance imaging (MRI), Positron Emission Tomography (PET) etc. are currently utilised to study the brain structure, function and chemistry to access more information about AD.

A follow up of the assessments, using these imaging techniques would be essential to gain insight on disease progression. Currently available treatment could only temporarily slow down the worsening of dementia symptoms and improve the quality of life for those with AD and their caregivers but not reverse or halt the disease.

At the Centre for Neuroscience, IISc, Bengaluru however, efforts are underway to evolve better ways to treat the disease, delay the onset or prevent it from developing into a full-blown case of AD. “The study seeks to establish early biological indicators of Alzheimers by studying and contrasting healthy aging and Alzheimer’s Disease,” said Dr Naren P. Rao, leader of group, scanning volunteers as part of the effort to detect the first sign of changes in the brain.

His colleague Dr. Simran Purokayastha added that all procedures (part of the research project) are voluntary. “It is a longitudinal study with yearly follow-ups,” Dr. Simran said.

These researchers believe that changes in the molecular-level commence at least two decades before the symptoms of cognitive malfunction surface and progress. Detection of these changes would not only help in early diagnosis but also in the development of diagnostic kits which could make their way even to Primary Health Centres in remote areas of the country.