Government resistance may also scupper the development of technology for use in the country. 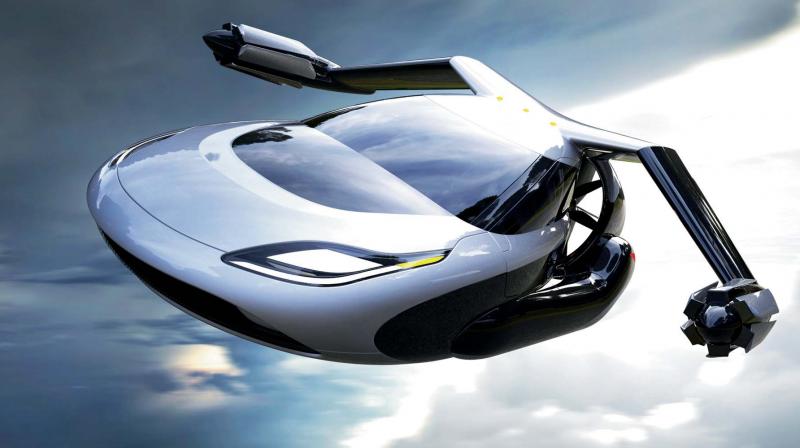 Driverless cars would indeed pose a threat to the Indian traffic. It would appear then that leapfrogging technology and going straight to flying cars might be the best for India.

The urban roads of India are collectively a hellscape. This is the reason why the country may well be the last frontier for driverless cars. A driverless shuttle experiment in Las Vegas in USA ended with a minor incident involving a truck driven by a human being last week. But the pioneers of such technology are not quitting because such trials have been beset with accidents, including a fatal one. In fact, they are intending to take off from here.

An example of the spirit driving such tech is Uber is planning to launch flying cars by 2020 on a trial basis and have them in operation in time for the Olympics in LA in 2028. The flying car would be the grandest experiment yet in trying to beat the city traffic gridlocks and jams that are a common feature of the urbanised world filled with public and private transportation issues. This would be a quantum leap in technology if some day a man can whip out his cellphone and summon a flying car and take off from the roof of his house or office and get on with the business of commuting.

“Uberair will be performing far more flights over cities on a daily basis than has ever been done before,” the company’s chief product officer, Jeff Holden, said. “Doing this safely and efficiently is going to require a foundational change in airspace management technologies.”

Towards mastering the tech, Uber is also helping Nasa develop an unmanned traffic system for unmanned aerial systems. Of course, point-to-point commuting from uberports will be aimed at first before the service can envisage moving thousands of people in a city from different take-off points to different destinations.

The idea of flying cars is exciting. Imagine what the Narendra Modi-like netas of the future could do in taking off to the airport and then jetting off to meet world leaders. For the rest of us, it might help if we temper expectations. India, with all those cables hanging from wherever and electricity still supplied from wires stretched across poles, might also be one of the last destinations for the flying car.

We are not yet filled with helicopters in the sky like American cities where myriad police and media choppers add to the aerial melee. Los Angeles is the ideal city for experimentation as all buildings there were designed to house heliports to evacuate people quickly in case of earthquakes, which are frequent in the region. To eliminate human error in the complex world created by human beings sitting in the driver’s seat or saddle would be the finest scenario for Indian roads that are notorious killers. But the charm of being in the modern age is it is possible to leapfrog tech generations and grab the latest than go from G1 upwards step by step.

Let’s face facts: driverless tech may not work for India because of the impossible number of variables on a road. Apart from drivers who do not respect the red colour of traffic signals, there are pedestrians who run helter-skelter, the mixed traffic pattern of two-wheelers and three-wheelers, and not to mention bovine visitors who walk through regally and canines who believe the road is also their territory. Autonomous driving is not the solution to India’s myriad road problems. They are not giving up the idea altogether though as Tata is said to have a testing track in Bengaluru simulating local road conditions with reckless pedestrians and cattle. The ex-chief of Infosys, Vishal Sikka, came in on a driverless golf cart to the IT bellwether company’s last AGM to sustained applause from his colleagues who must believe there is future for driverless cars in India too.

Government resistance may also scupper the development of technology for use in the country. Transport minister Nitin Gadkari, who is a very influential member of the Union Cabinet, believes that driverless cars should not even be allowed because it would take away the jobs on which millions are dependent as taxi and auto drivers.

Given the jobs scenario, driverless cars would indeed pose a threat although it would be right to assume that such technology would first be employed in secured conditions like inside airports.

It would appear then that leapfrogging technology and going straight to flying cars might be the best for India although flying cars would only deepen the societal gaps as only the rich could possibly afford the tariff.

But imagine the convenience of moving, say, from Santa Cruz or Sahar airport to downtown Mumbai in 10 minutes.

Futurologists saw flying transportation modules long ago and, if you stretch your imagination a bit, they figured in Indian mythology too. So, why not create the reality in the 21st Century by working for it from now?