Birthright: Foetal test to get simpler 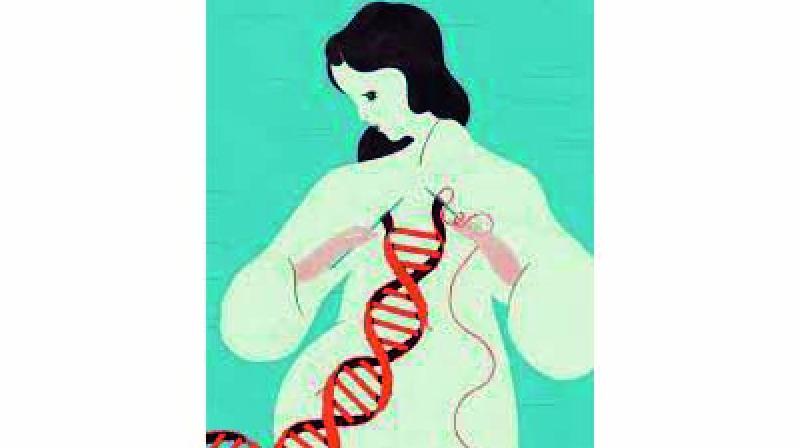 As per the new method only a micro sample of maternal blood is required for sex determination; it can be collected with a prick on the finger.

Knowing the sex of the unborn baby has fascinated parents worldwide for different reasons. Ultrasound scans opened the way for this in the ’70s. Unfortunately, what could have been just a matter of information – boy or girl – turned in some countries like India into rampant selective foeticide, causing abortions of female foetuses and skewing the sex ratio. The government had to step in with the Pre-Conception and Pre-Natal Diagnostic Techniques (PCPNDT) Act, 1994. Now, determining or divulging foetal sex is a punishable offence unless there is a scientific reason.

Knowing the sex of the foetus is, however, important in sex-linked genetic disorders. Foetal chromosome analysis or karyotyping is needed to rule out certain chromosomal disorders like Down’s Syndrome. The basic information of the gender will help time management in therapeutics to significantly reduce the necessity of applying invasive methods.

Collecting blood samples for the test at present is not all that simple. At present, foetal genetic studies are being carried out by collecting foetal cells by procedures like chorionic villus sampling (CVS) or amniocentesis. CVS can be called a sort of biopsy of the placenta. Amniocentesis is the process of introducing a needle into the amniotic cavity in which the baby is lying and collecting the fluid. Some foetal cells will be available in that fluid. Both these procedures carry a mild risk of miscarriage of pregnancy.

Studies had earlier shown that cell-free DNA is present and circulating in maternal serum. These DNA can be collected from the peripheral blood of mothers from the seventh week of pregnancy. (Chances of getting it are more reliable and correct after the ninth week of pregnancy). In 1997, Dr Y. M. Dennis Lo, then professor of chemical pathology of the Chinese University of Hong Kong published the first article about this in The Lancet. He had collected maternal venous blood. About 10 to 20 ml of blood was required for conducting the test.

Now, a new method is available in which only a micro sample of maternal blood is required for sex determination; it can be collected with a prick on the finger. A study conducted under the leadership of Rachel Primacio has identified foetal sex in 240 of the 241 samples collected this way. It can simplify the collection of maternal blood and increase the accessibility of NIPT to a broad population.

One must also understand that the tests are of high sensitivity and specificity, but there are also chances of false positive results.

The tests have not been introduced in India till now and if they are, they may face two hurdles. One is the cost. At present, the test costs the equivalent of Rs 28,000 to rs 30,000. This, however, could come down in future.

These tests are examples of scientific advancement but they also involve ethical and legal issues. India has banned such tests for a specific reason: female foeticide. We should approach this advancement only as a tool to make the process easier and less risky when it is warranted. It should not be seen as a tool to circumvent the existing laws. The legislatures should ponder over this issue and fortify our legal provisions before allowing this test to be carried out in India.

(The author is professor and head, department of gynaecology, Government Medical College, Kottayam)