Gravitational waves get an Indian push

LIGO-India brings forth a real possibility of Indian scientists stepping into the new window of gravitational-wave astronomy to probe the universe. 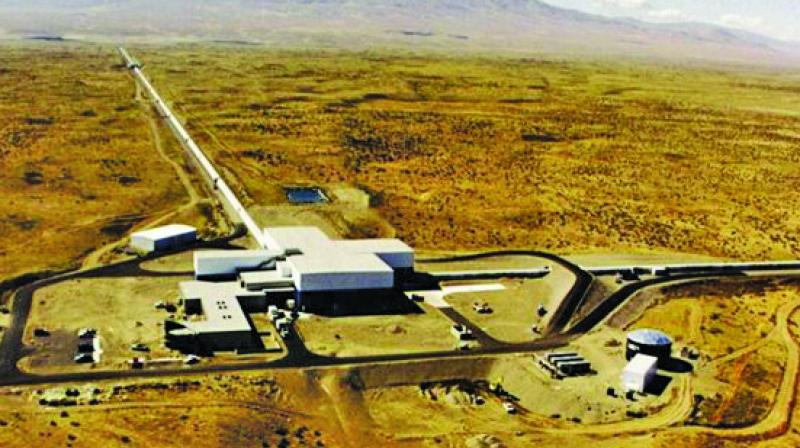 There was significant contribution to this Nobel Prize-winning discovery from India.

Gravitational waves (GW) provide the most compelling endorsement of our fundamental understanding of the laws of gravity making direct detection a scientific milestone.

The Nobel Prize for Physics 2017 celebrates direct detection of gravitational waves arriving from the merger of two large black holes in a distant galaxy a billion light years away. The waves were observed for the very first time on September 14, 2015.

There was significant contribution to this Nobel Prize-winning discovery from India. The discovery paper has 37 authors from nine Indian institutions.

The detection opens an entirely new window to observe the most violent events in space and holds the promise to transform astronomy and astrophysics, where Indian science could potentially take the lead role owing to the proposed LIGO (Laser Interferometer Gravitational-wave Observatory in the US)-India project. It will be the third such laboratory in the world, and the first outside the United States.

The LIGO-India mega-science project was granted an “in principle” approval by the Union Cabinet in 2016. LIGO-India brings forth a real possibility of Indian scientists and technologists stepping forward, with strong international cooperation, into the frontier of an emergent area of high visibility and promise presented by the recent gravitational wave detections and the high promise of a new window of gravitational-wave astronomy to probe the universe.

The global science community is unanimous that the future of gravitational wave astronomy and astrophysics, beyond the first discovery, lies with the planned global array of GW detectors, including the LIGO-India observatory.

Inclusion of LIGO-India greatly improves the angular resolution in the location of the gravitational-wave source by the LIGO global network.

For the three events observed by the two advanced LIGO detectors in the US, with a hypothetical LIGO-India in operation, there would have been 20-60 times improvement in the angular resolution. This is a firm attestation to the promise of LIGO-India. Hence, LIGO-India brings forth a real possibility of Indian scientists and technologists stepping forward, with strong international cooperation, into the frontier of an emergent area of high visibility.

The tasks for the LIGO-India team include the challenge of constructing the very large vacuum infrastructure with control systems that can accommodate the entire four-kilometre scale laser interferometer in ultra-high vacuum environment corresponding to a volume of 10 million litres.

The Indian team is also responsible for installation and commissioning of the highly complex instrument with over a million labelled parts, and fine-tuning the immense control systems of the instrument to attain design sensitivity.

The LIGO-India project is being jointly executed by lead institutions: the Inter-University Centre for Astronomy and Astrophysics (IUCAA), Pune, and the Department of Atomic Energy (DAE) organisations, the Institute for Plasma Research (IPR), Gandhinagar, the Raja Ramanna Centre for Advanced Technology (RRCAT), Indore, and the Directorate of Construction & Estate Management (DCSEM) of the DAE.

LIGO-India is being jointly funded by the DAE and the Department of Science and Technology (DST).

LIGO-India is on track for commencing operations by 2024. The quest to build LIGO-India has brought together Indian researchers from across the nation with expertise in precision metrology, laser and optics development, ultra-high vacuum techniques and control systems. Researchers are currently organising themselves into working groups. They come from the IITs in Madras, Delhi, Kanpur and Hyderabad, IISERs Pune and Kolkata, TIFR-Mumbai and Hyderabad, Universities of Pune and Nanded, the Saha Institute for Nuclear Physics, BITS Hyderabad, National Physical Laboratory, and Physical Research Laboratory. The groups are being coordinated by the lead institutions RRCAT, IPR and IUCAA.

Setting up of the LIGO-India observatory will require the involvement of top Indian technology and infrastructure industries across large-scale fabrication, precision engineering, intricate electronics and big data science.

Successful construction and operation of LIGO-India could spark off a re-definition of ethics and work culture in science and technology in India, and build strong bridges across disparate disciples of S&T in academia and the industry.