How an ‘energy pill’made in Hyderabad gave ISIS fighters a ‘high’, and made them inhuman. 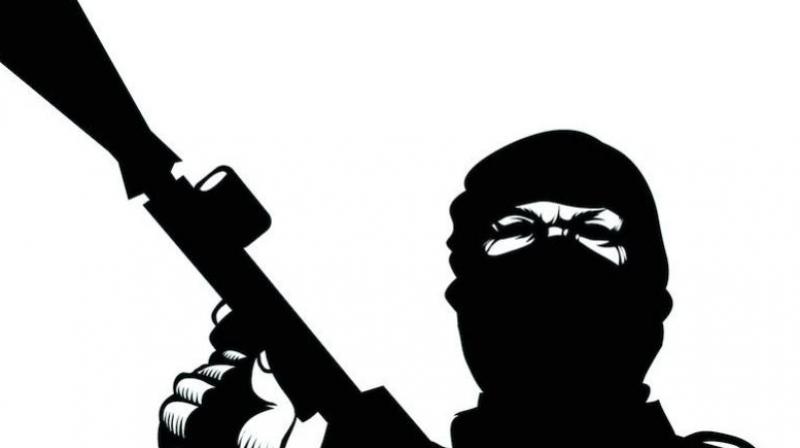 A Time magazine report revealed that Saudi Arabia alone accounts for more than one-third of global Amphetamine seizures a year.

On the afternoon of September 3, 2016,  a team of a dozen officers from the Narcotics Control Bureau (NCB) quietly moved towards an isolated building  near IDA Bollaram, some 19 kilometres from Hyderabad. The team had a tip off that a massive consignment of narcotics was stashed inside.

They burst through the front door of the building, but no one was inside. However, they did find pharmaceutical machinery and several sacks filled with a white powder. It was Amphetamine, a banned narcotic stimulant. In the next few hours, the officials would raid a rented flat located not far from this unit, and would find more sacks containing the same drug.

“We recovered 230 kg of Amphetamine. It was one of the biggest drug busts we have pulled off in Hyderabad,” said a senior NCB officer.

The NCB investigation also led to the arrests of Bengaluru-based drug kingpin D Srinivas Reddy and, in Hyderabad, Air Force Wing Commander G Rajasekhar Reddy.  The drug was supposed to be smuggled via Chennai port or Rajiv Gandhi International Airport to Southeast Asia. From there, it would find its way to Syria, where ISIS fighters used it as an ‘energy pill’ during battle.

The Jihadi drug
Captagon, ‘the tiny pill fuelling Syria’s war and turning fighters into superhuman soldiers’, according to The Washington Post, is run-of-the-mill Amphetamine.

The World Drug Report, a study published by the United Nations Office on Drugs and Crime (UNODC), says the trafficking routes of Amphetamine have been identified from Myanmar and India to Southeast Asia, from where the drug is trafficked to Iran,  Saudi Arabia and the UAE.

In June 2016, Greek authorities had seized a consignment of banned drugs at the port of Piraeus. It had been sent from Mumbai, and the intended recepient was in Libya. In Syria and Libya, where conflicts have fuelled the growth of a drug economy, demand for Amphet-amines from countries like India has increased. Hence, it is not surprising that Amphet-amine produced in Hyderabad and other places is keeping the ISIS fighters on a ‘high’.

According to the UNODC report, Captagon, provides a boost of energy, enhances focus, helps stay awake for long periods of time and produces a feeling of euphoria.

In a documentary, The Drug Fuelling the Conflict In Syria, produced by Journeyman Pictures, a deserter from the rebel force in Syria explain-ed why Captagon is tailor-made for the battlefield: “So, the brigade leader came and told us, ‘This pill gives you energy, try it’. We took it the first time. You feel physically fit. And if there were 10 people in front of you, you could catch them and kill them. You’re awake all the time. You don’t have any problems. You don’t even think about sleeping. You don’t think to leave the checkpoint. It gives you great courage and power. If the leader told you to go break into a military barracks, I will break in with a brave heart and without any feeling of fear at all — you’re not even tired.”

MiddleEast’s favourite drug
It is not only ISIS fighters who want Captagon, the drug is highly popular across the Middle East, where alcohol is banned by Sharia law.

‘The primary market for Captagon has traditionally been countries in the Near and Middle East, where it is popular among the younger, affluent population and where it has also enjoyed a reputation as a sexual stimulant since the beginning of the 1980s,’ says the UNODC report.

A Time magazine report revealed that Saudi Arabia alone accounts for more than one-third of global Amphetamine seizures a year. “Three-quarters of patients treated for drug problems in Saudi are addicted to amphetamines, almost exclusively in the form of Captagon. Qatar, Kuwait and the UAE have reported similar spikes in multimillion-tablet seizures of the drug in the past two years,” said a report by Time correspondent Aryn Baker.