Values: The joys of raising a feminist son

A mother brought up her son as a feminist and now watches with satisfaction as he questions even her biases. 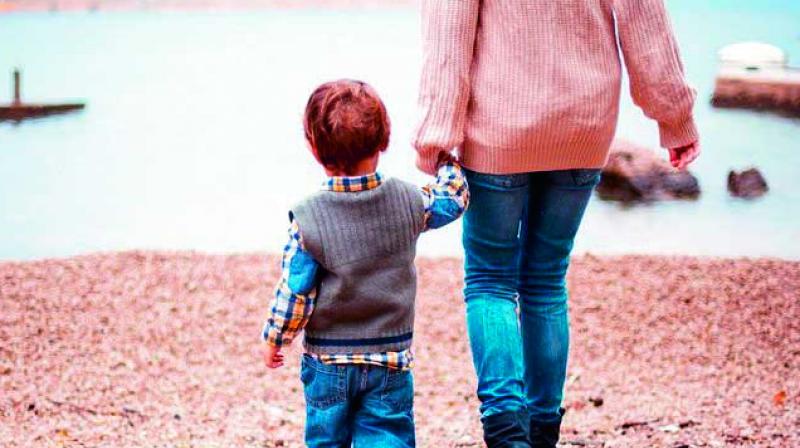 A little thought pointed out the obvious — that the parent child relationship is not a one-way street.

Feminism(noun) fem·i·nism ?fe-m?-?ni-z?m: the belief that men and women should have equal rights and opportunities
Merriam Webster

A simple enough definition, with a very just intention. So when you think of it in the context of parenting, what right-minded parent would not want their child, male or female, to believe that all human beings should have equal rights and opportunities?

I spent my early twenties taking my feminism in my stride, and not giving it much thought. It was only after I had my son, my first born, that I truly began to examine my values and beliefs.

What was it that I believed in, and did I believe in it strongly enough to pass it on to my child? I began to question the two ancient, deeply entrenched systems that rule society - patriarchy, and religion. This process led me to embrace the term feminism and accept that I was an atheist, because neither of the entrenched systems held up to scrutiny.

So when I was asked to write about how to raise a feminist son, I took a walk down memory lane. What had I done to inculcate feminist values in my son, and how much of them had he imbibed?

A little thought pointed out the obvious — that the parent child relationship is not a one-way street. I often feel I’ve learnt more from him than he has from me. And while a parent might have every intention of raising a child to be a feminist, the proof of the pudding really is in the eating. He’s 12 now, and I’m the proud mother of a son who is more of a feminist than I am — I can’t wait to see how much more he will incorporate the ideals in his life. And he, in turn, has raised me to be a better person, and a more genuine feminist.

Questioning absolute authority
I was pouring out his cough syrup, when the doorbell and phone began to ring simultaneously, so I hastened the process clumsily. And then he sneezed, startling me into spilling the syrup. I snapped, “If you’d taken your medicines yourself, this wouldn’t have happened. Look what you made me do!”

He grinned, “I didn’t make you do anything, mama. And I’m the one dripping with syrup. You’re victim-blaming.” I burst out laughing at being called out on my offence and misuing my position of authority.

So perhaps the first step to raising a feminist child, is raising a child who isn’t afraid to speak up against what is incorrect or unfair. One who questions everything, particularly authority and established norms. This is easier said than done, because a parent is the first form of authority that a child encounters. So basically you’re encouraging mutiny in the ranks, and need to be prepared for what that might result in — which is an examination of your own thought processes and biases. 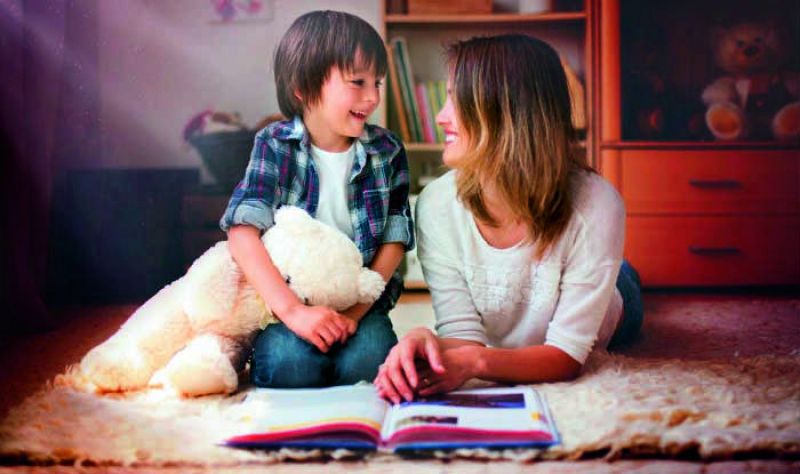 Our home is almost a thoroughfare, and visitors are encouraged to build their own equation with the children, so that they are exposed to a variety of points of view, not just those of their liberal parents. As a result the dining table is often witness to conversations surrounding events of the day, politics, current affairs and social issues. The kids chime in with  opinions and ask questions that set us thinking. He’d questioned my unfair use of my authority, and pointed out that I was victim-blaming. I did apologise for snapping at him!

Respecting choice
A few days ago, I brought home a box of pastries and as is our custom as a family, we laid it open and everyone tried a bite of everything. My son, a foodie, went through the gamut and pronounced the salted caramel cheesecake his favourite. I was surprised, because children tend to prefer pure sweet over this more adult taste of salt and sweet. ‘Excellent choice, son,’ I said without thinking my words through. ‘You have good taste.’ To this he said, ‘ You’ve always said people have different likes and dislikes and we have to respect that. So then there’s no such thing as good or bad taste, is there, mama?’

As a feminist parent, I try to teach my children to respect choice. A woman’s choice, yes, but also every human being’s choice as a valid one for them and their unique situation. And perhaps the best way to teach someone to respect another’s choice, is to let them choose for themselves. This means exposing them to things that we as parents might disagree with, be it vegetarianism, religion, or music we don’t personally enjoy. This isn’t easy because it results in a child wanting to go to bed in a party dress, and demanding biryani for breakfast. But over time they figure out that it leaves them with nothing nice to wear to the party tonight, and a queasy stomach. Given space to explore and make their own decisions and mistakes early in life, children learn to be responsible for the choices they make later in life, as well as to respect others’ choices.

Words have power
While working on his history homework he grimaced after reading the word ‘mankind’, for the nth time. ‘This is another way of excluding women, mama,’ he said. ‘How hard would it be to just say people, or humankind?’ A good question. We’ve always spoken about the power of words, the misogyny inherent in a culture of women-centric abuse, the use of gay as a derogatory term, etc. To see him question ‘mankind’ is a joy.

Smashing status quo
I recently broke the exciting news to my children that some friends of ours were moving back to India after a stint abroad. That uncle had already begun work here, and aunty would follow with the kids, as soon as the school session ended.

To which he asked, “How come it’s always the mums who stay on with kids, travel with them? Why do mums come to PTA meetings, not dads? I’m going to do everything for my kids that a mum can do. And our next holiday, is going to be with daddy alone!” I said a fervent amen to that.

My son has an innate sense of justice and lives rather an examined life. Having learnt early, from a working mother, and a father who is an equal parent, he’s hardwired to see the world through those glasses now. He was recently telling his father about the male math teacher who taught them a few words in Bengali. My husband considered the teacher’s name and said - that isn’t a Bengali surname, it’s a Punjabi surname. Are you sure you have it right? To which the son replied, ‘So? It could be his wife’s surname. He might have taken hers, after marriage.’

The mystery of the teacher’s ethnicity remains unsolved, but I think I can retire easy now!

The writer is a journalist and  writer, based in the NCR