Decaf   22 Jun 2018  Write to freedom: Swords hanging from the other end of your pen
Decaf

Write to freedom: Swords hanging from the other end of your pen

Threats to a free press prevail and journalists face risks every day making one wonder if their next byline will be a death warrant. 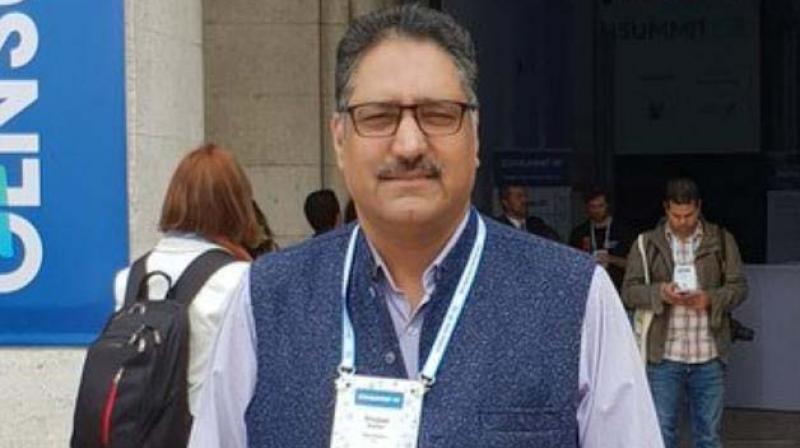 In a recent conference on ‘Liberty and Freedom’, a spot poll had over 500 students list lack of adequate creation of jobs, growth, social inequality, poverty, population, infrastructure, primary and rural healthcare, education system and environment as the biggest problems facing India. Young people across India have rightly identified economic challenges like job creation, or social issues like inequality, or environment as being top-of-the-mind recall issues facing our country. But, unless prodded, they seldom rate freedom of media, or attack on personal liberties as being among our top national problems.

There is a good chance, too, that most citizens of other ages would concur: freedom is seldom a perceived major national problem. When a divided polity’s vituperative excesses extend to and engulf all citizens, at least one half would dismiss any debate on intolerance or attack on liberty and media freedom as “a motivated liberal construct of a narrative and inadvertently false”.

The right-wing case against the media, dubbed ‘Luytens’, often misses the terrible cliché of a divide between India and Bharat even in matters of media. Chances are, while they amplify a part-fictitious imagery of a small set of journalists, who are nevertheless disproportionately influential, rushing between cocktail-cheese-parties, echoing the Congress line during the UPA rule, motivated by a visceral dislike of the RSS and Narendra Modi, they miss the spread of media across the country, through its smaller towns and larger villages, touching remote corners from Assam to Rajasthan, Himachal to Kerala; working under excruciating challenges, often under threats that are actually acted upon.

Those who dismiss all threats to media as a “narrative” have possibly not even heard about Patricia Mukhim, a symbol of the threats and intimidation a journalist not from Delhi, or other metros, or working in vernacular media faces every single day. When goons threw kerosene bombs on the home of Ms Mukhim, the editor of Shillong Times, in April, most Indians, and the media at large, did not sit up to consider if the youth should be emphatically told that India is listed below Iraq and Afghanistan in the global index of media freedom. Journalists in the north-east constantly work under threat, long before the Bharatiya Janata Party became a political factor in that neglected region. The media, too, is guilty of not taking threats beyond the circle of high influence and power, or highlighting the issue only if journalists of national recognition and reach are involved; but, when top-notch scribes like Ravish Kumar of NDTV or Rana Ayyub are openly threatened, it means the fear has reached an acme, not its reverse. Only some instances, like the killing of Gauri Lankesh, acquired the threshold of widespread condemnation and nationwide protest.

A few hours after I first filed this story, I revised it to reflect that on the eve of Id, Shujaat Bukhari, editor of Rising Kashmir has been shot dead at the Srinagar Press Colony. Those who take sides on threats to the media should realise that Bukhari was critical of militancy and also of government wrongdoing.

It is a telling commentary of the nature of our times when moderation is under threat.

Ms Ayyub, perpetually under attack for her book and various pieces of journalism, was tagged openly by a parody account on Republic TV which tweeted a quote falsely attributed to her a few weeks ago, leading to a volley of unending abuse and threat.

“I am used to threats of gangrape to death for a long time. Social media abuse to threats on the phone have become part of life but it would be a terrible mistake to allow it be normalised. In the recent attack, they made and circulated a morphed porn video with my face. It was humiliating, frightening. They are attacking me as a person, as a woman. I will confess that for the first time they have gotten to me. I had a terrible anxiety attack and had to be rushed to hospital,” Rana Ayyub told me, still in a state of complete shock.

The United Nations Human Rights office noticed and, suo motu, asked the Central government of India to provide security to Ms Ayyub from the “hate campaign”. The false tweet which said — “Minor child rapists are also human, do they have no human rights? This Hindutva government is bringing ordinance for death to child rapists just to hang Muslims in larger numbers. Muslims aren’t safe in India anymore.”

“Even friends asked me why I said it,” revealed Ms Ayyub.

The fake tweet was deleted but the damage has been done.

Sudip Datta Bhaumik was shot dead in Tripura last year, forcing the newspapers of the state then under Communist rule, to leave their editorials blank in protest. The irony was dark and complete: he was shot at the Tripura State Rifles’ headquarters on the outskirts of Agartala by soldiers for his writing. It was also the timing — the state was poll-bound.

Acknowledging the differences between challenges faced by journalists of privilege versus those who do not have such social access, Barkha Dutt, Twitter Hateratti’s favourite attack destination, said, “There can be no doubt that those born with social privilege are better off than our colleagues who face graver and more immediate risks. But intimidation is both physical and mental. The way the ‘troublemakers’ are dealt with differs, but dangers to freedom of media anywhere is danger to media, and democracy, everywhere.”

But she warns against dismissing threats to either. She should know. Like Rana Ayyub, Barkha Dutt, too, has been called a Pakistani-sympathiser, a Hurriyat spy, and asked to leave the country.

When Ms Dutt recently tweeted: “Received chilling veiled threats and ‘messages’ from powerful people in the establishment today that my family and I are under surveillance, that I will be smeared and maligned to stop me from starting any new projects. Was advised to get my house debugged. Is this my country?”

There was a lot of debate but little support. Those, including me, who commented upon her tweet, were attacked, with a quick “buy a one-way ticket to Pakistan” offer.

Meanwhile, there is a constant trail of blood in the hinterlands. In March 2018 alone, two Dainik Bhaskar journalists Navin Nishchal and Vijay Singh were killed in Bhojpur in Bihar, while Sandeep Sharma, a TV reporter, was mowed down by a truck in Bhind, Madhya Pradesh.

The media is also to blame. It does not come together to fight to protect itself. Media people themselves dismiss threats to colleagues as a “fallout of their partisan policies”.

Ravish Kumar of NDTV says that even the frequency of death threats has increased.  Barkha Dutt says that privilege confers no immunity. “Why was an English TV news licence given only to Republic? Airwaves are public trust. If this government will arm-twist perceived opponents or critics, the other side, whenever it comes to power, will normalise it and attack those considered supportive of the BJP.”

“There is now only pro- or anti-Modi media, at least in television. Either be supplicant or become an activist. It is a sad binary: chamcha or morcha. I have a streak of activism in social contexts, but as a journalist have never been a political activist. There is no space left for field reporting or objective journalism. Debate, opinion, and a sharp shrill divide,” she says. “Journalists mirror the extreme divide of politics, they are no longer going to stand up for the rights of those they differ with.”

Such is the viciousness of the environment of our political discourse that even death threats to Prime Minister Narendra Modi become an issue for “debate” in a country in which two prime ministers were assassinated. The media, sadly, allowed such narrow politics to reflect while “analysing” it.

We have to revert to a point of minimum common decency on both sides; threats, neither to political leaders nor journalists is legitimate in a democracy. Without doubt it should matter to us just as much what our score on the media freedom index is as how we fare as an investment destination.

Another journalist killed, or as bad, who “goes into self-censorship mode out of fear” as Ms Ayyub says, is one journalist too less for our democracy. But Ms Ayyub’s words are reassuring: “I am not going anywhere. I am not giving up. I will speak, and write. The sword at the other end of my pen may keep swishing threateningly… but I am not stopping this end up from making an impact with ink.”

For India, the war lies between the drying ink, and the clotting blood. May the blue win.

(The writer is the author of the bestselling MAN Asian Literary Prize longlisted novel, Autobiography of a Mad Nation, a columnist and a political analyst.)