Tech and you: An App a day keeps doctors away

AI developers will soon be providing apps that would even predict a psychiatric condition based on eye movement. 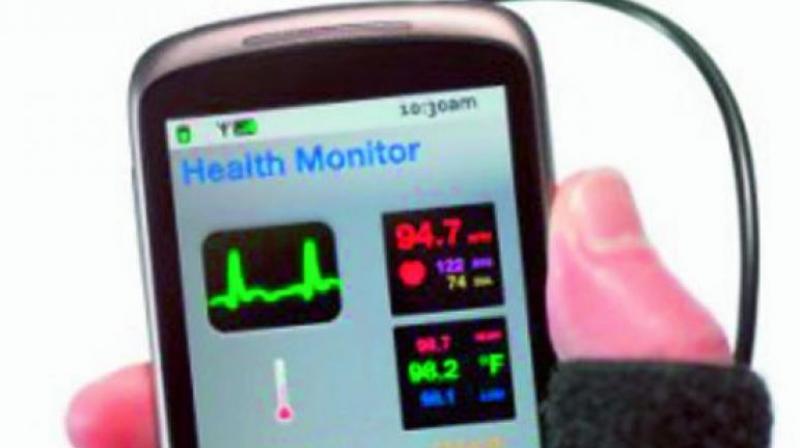 A push for informatics is on to change the way we approach healthcare.

Doctors, beware. It’s not just an apple a day that could keep you away but may be an app can too in this era. Healthcare informatics (huge data coupled with Artificial Intelligence) is making big advances and is threatening to offer the patients better care than a doctor, according to a Harvard Medical School researcher. And it’s not all that away: Big daddies of the digital world such as Google and Amazon are already into it. “A computer with data on millions of scan reports will be able to make vastly superior diagnostics than a physician,” Dr Ajith J. Thomas told this newspaper.

“Auto diagnosis, where you talk to a computer instead of a doctor, is very much a possibility. This would cost a lot of doctors their jobs but many don’t take this emerging reality with the seriousness it demands,” Dr Thomas, who hails from Kottayam, said. He was in Kochi to attend the #FUTURE Global meet.

“It also means more democratisation of healthcare where the patient will get more focus, and not the doctor and it would be cost-effective too,” he said.

Dr Thomas, along with his Harvard team, is now associating with a global technology major to set up a neuro science centre for Artificial Intelligence. “We are working with the company to come up with products,” he said. However, he refused to elaborate on the project.

“The two big overarching themes in medical research now are molecular biology, genetics and genomics that directly help a doctor offer better solution to the patient, he said.  “Then we have digital technology which can generate information,” he said. “Here, the data, big data, is analysed with the help of Artificial Intelligence. There will be layers of data-lab data, image data etc. Then you need an intermediary to put them in layers for the doctor. Such products, such as apps, could be used even by a patient,” Dr Thomas explained. For example, he said, an app that can predict a psychiatric condition based on eye movement will be possible. A push for healthcare informatics started in the early ’70s but it lost its steam in the succeeding decades.

“It is now back to change the way we approach healthcare,” he said. “This development offers big opportunities for start-ups. There are more than 1,000 start-ups in Boston alone working in the sector,” he said. “Kerala is a fertile ground for start-ups to work in the field because Keralites have great awareness on health and technology penetration is quite high here. All that lacks here is data, and companies can work on it,” Dr Ajith J. Thomas said.

“The government can step in to ensure that the data becomes inter-operable. It can either be held by the hospital or the patient but should be available for the doctor whomsoever the patient seeks for advice,” he said.