Bacteria are not always a bane, and could be beneficial too. 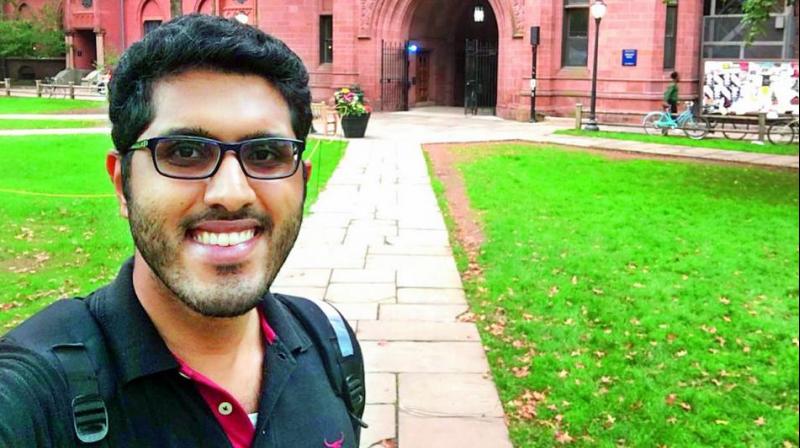 Chemical engineering graduates Apoorva Goel and Gautam Sabhahit have evolved a model for desalination of water and simultaneous generation of electricity, which has made it to the final five of a worldwide contest

Bacteria are not always a bane, and could be beneficial too. Two chemical engineers, Apoorva Goel and Gautam Sabhahit, who graduated from the National Institute of Technology, Karnataka, will, without doubt, endorse the importance of bacteria, which played a stellar role in a novel method they invented for desalination of water.

The two from India were among the top five teams in a worldwide contest held by Shell Plc. Apoorva moved to the American University of Sharjah in UAE for a Master’s in chemical engineering, while Gautam is studying financial risk management at the University of Connecticut, USA, but they continued working on their concept christened ‘BioDesal’, which has the potential to improve the desalination process by converting seawater into solid salt and treated water. 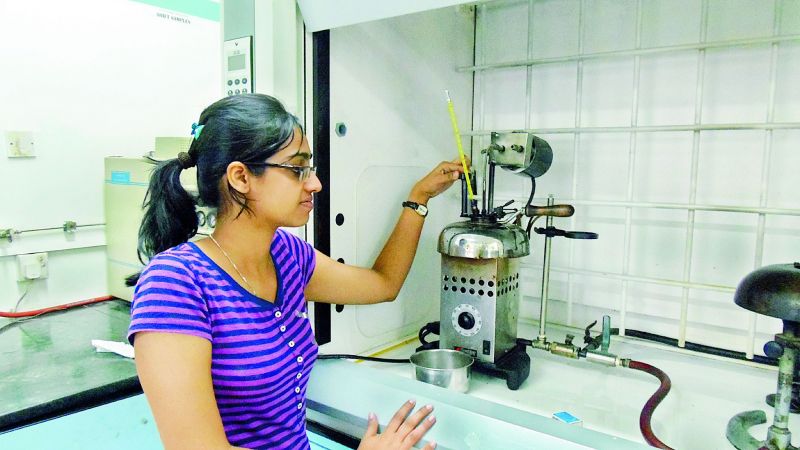 Apoorva Goel with the desalination plant.

Their model eliminates waste brine and generates electricity to support the equipment albeit with the help of bacteria. “We joined (the competition) casually. We got inspired to do something real. I am doing my Master’s on the same topic. So joining this competition helped set an interesting goal,” says Apoorva Goel, adding that her teammate Gautam Sabhahit turned it into a business model which could be sold at the competition.

Water scarcity is practically a worldwide phenomenon, but Apoorva and Gautam had first-hand experience of it having spent their childhoods in the desert like environs of the UAE. They knew how expensive drinking water was because it was piped from desalination plants.

With an impending water crisis which will grip the world by 2050, it is of paramount importance to make desalination sustainable and feasible in the long term, she says. “During my Master’s course, my research project was on Microbial Desalination cells. These cells use bacteria to generate electricity. Therefore, our aim with this project was to propose a system that had the potential to eliminate waste brine and at the same time be independent of high energy requirement.

Gautam and I want to strongly encourage people to invest in research in water infrastructure and aim to free it from energy dependence and waste generation.
Only then can we survive the consequences of our problems — climate change, population explosion and water pollution, all of which play a major role in creating water scarcity in communities,” Apoorva adds.

While they wait to hear the announcement of the winners of the ‘Shell Ideas 360’ contest, they are working on perfecting their invention. “The challenge we face currently is that the efficiency is low. So we are still doing research on how to improve its efficiency even as we pursue further studies. If we are able to make it feasible, we can look for seed funding and participate in other competitions,” says Gautam Sabhahit.

The other alternative, according to Apoorva Goel, would be to sign up for collaboration with Shell Plc in case this model makes it to the winner’s slot.

Experts point out that desalination would be the ideal way forward to combat shortage of water as two-thirds of the world could face scarcity by 2025. The Niti Aayog’s latest report too paints a dismal picture: 21 Indian cities will run out of groundwater by 2020. With nearly 600 million facing high-to-extreme water stress-where more than 40 per cent of the annually available surface water is used every year-and about 200,000 people dying every year due to inadequate access to safe water, the situation is likely to worsen as the demand for water will exceed the supply by 2050.