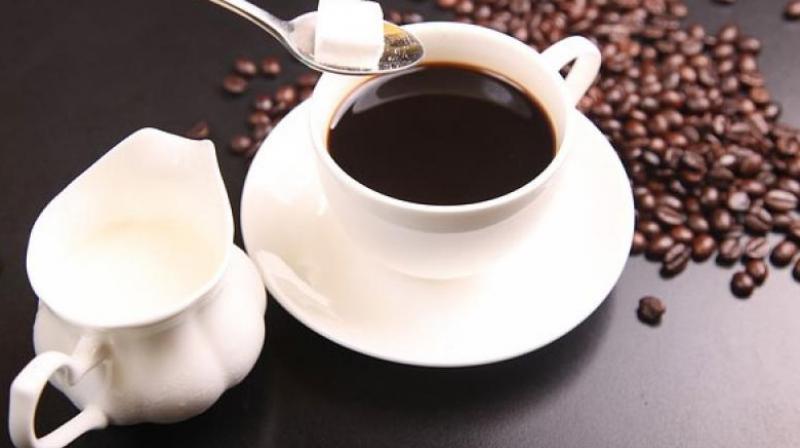 A cup of coffee before you exercise may not be a bad idea and may boost your physical performance and facilitate the workout, but confine it to a cup and not a bottleful!

Coffee, one of the most popular drinks in the world, has been an integral part of human lives for centuries. The “kick” that comes from coffee is due to caffeine, the active ingredient in the coffee bean, and its effect on the human system has been much debated. Caffeine is a central nervous system stimulant which improves alertness levels and performance in exercise and sports.  Although normal levels of caffeine are not banned in competitive sports, supra high levels are not allowed by regulatory authorities. A cup of coffee contains 95 mg of caffeine depending on the type of coffee bean and the method of preparing (roasting) it.

A new study published in the Journal of Applied Physiology states that those who have coffee every day can still get a caffeine performance buzz when needed. The idea that coaches and athletes make players drink coffee to boost performance before an event is outdated and does not have scientific standing.

Dr Ravi Sankar Erukulapati, consultant endocrinologist at Apollo Hospitals says that the perceived stimulant and alertness-improving effects of caffeine have been utilised by the pharmaceutical and health care industries by making caffeine an active ingredient in various medications, energy drinks and wellness products. But, he warns, “It is pertinent to state that higher intake of caffeine can result in side-effects such as palpitations, gastrointestinal upset, and dehydration, amongst many other non-specific symptoms.”

Despite such well-acknowledged side-effects, athletes, gym goers and those who want to stay awake while preparing for exams or driving, take high doses of caffeine.

“Tolerance or habituation to the ‘beneficial/intended effects’ of caffeine, such as improved alertness and heightened performance in sports, have been well-described in medical literature,” says Dr Erukulapati. “It is, in fact, a common observation that those who are used to three to four cups of coffee daily may not perceive the potential ‘beneficial/intended effects’ of caffeine when they take an extra cup of coffee, compared to an individual who would normally consume one cup of coffee per day.”

But, strangely, this recent study shows that habituation or tolerance to such effects of caffeine may not be true. This is a novel observation and contrary to conventional wisdom that regular caffeine intake causes tolerance/habituation.

Although this study did reveal certain interesting findings, it cannot be generalised to all age groups, females, and individuals of different fitness levels. Only further studies in this niche area can clear the muddy waters.

Dr S Rakesh, senior endocrinologist, says that it’s a fact that caffeine gives one a boost, but it happens only on the day and time one has taken it. “It is not that the energy builds up and will be of use later. The boost is during the actual stimulation of the day only.”

A cup of coffee before you exercise may not be a bad idea and may boost your physical performance and facilitate the workout, but confine it to a cup and not a bottleful!